Have you seen the photos—and worse, the video!—of the giant mats of floating fire ants (Solenopsis invicta)  in the wake of the flooding in southeast Texas? Yeah, us too, and we’ll admit they’re a bit horrifying. 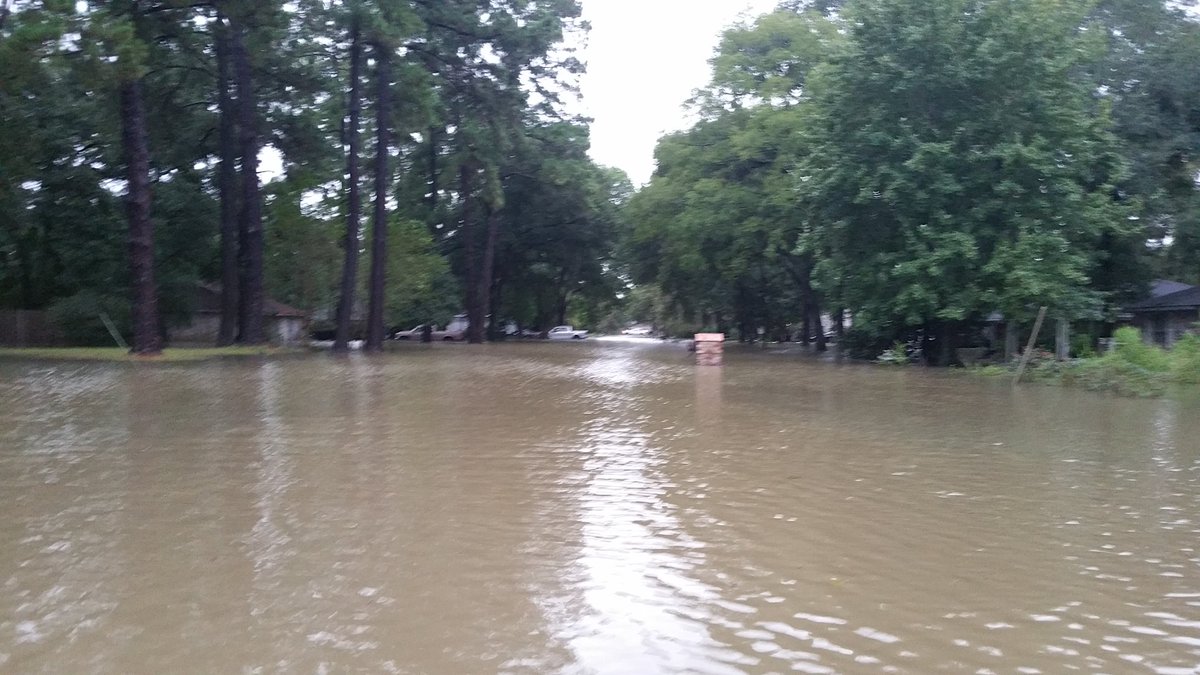 And look, guys. The ants are now just feet from house. 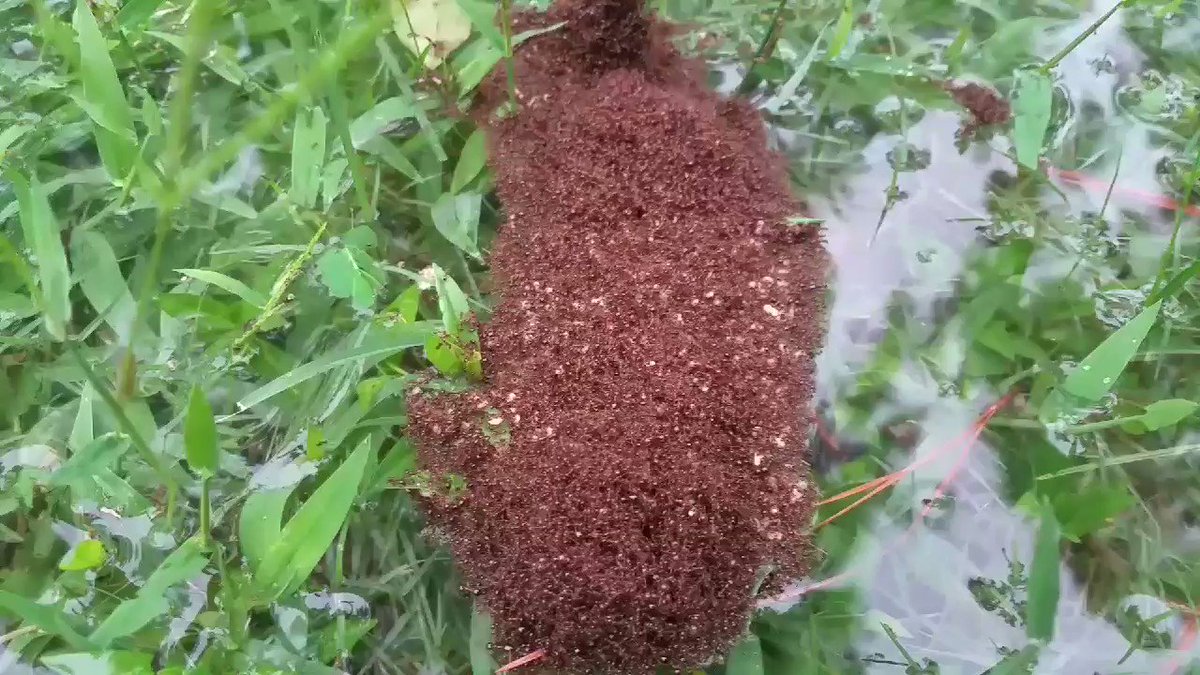 218 people are talking about this

Fire ants are invasive to the US and they love floods. Or, at least, they evolved to survive floods on river banks in South America, which means they happily use flood waters to relocate, which perfectly explains why my grandparents who lived in southeast Texas never actually removed them from their yards by spraying them with the water hose. When the waters rise, fire ants form “rafts” of thousands or millions of fire ants using their mandibles and their sticky feet and can do this in under two minutes. From there, they switch out the submerged ants with those that are drier, which helps keep the colony afloat.

In this configuration, they’re able to drift around on the flood waters until they reach a tree, land, or other suitable dry area (aka, literally anything solid) that they can scramble up.

Sure, you might be thinking, but they can probably be disturbed the swirling a stick through them, right?

If their configuration is disturbed, they will reconfigure to fill the hole (and I don’t know about you, but I wouldn’t want any of those little biters to come at me via a stick I was just using to torment them, especially because during flood times they are apparently more aggressive and more venomous. (More on that fun fact in a bit).

Apparently dish soap, which will cause the configurations to break up and the ants to drown because they aren’t able to trap air near their bodies.

Post-Katrina, fire ant populations in New Orleans and other impacted areas decreased because it took weeks to pump all of the flood waters out. Those populations have never rebounded.

Which, many SE Texans might see as a good thing, especially if they’ve stepped in a fire ant pile before. Unlike regular ants, which will bite and then spray an acid (isn’t nature fun?) fire ants like to bite, hold on, and inject a poison into you that has 46 different proteins. Some people (somewhere slightly above 1:100 people) are pretty susceptible to this and can experience an allergic reaction or hallucinations. The rest of us just get welts (after Katrina, people were apparently entering field hospitals with welts upon welts from fire ants, after wading through the waters). But remember how I mentioned that right now they are more venomous? It averages 87% more venom per bite per ant. Yeah, that’s just making everything about this more of a nightmare.

How the floods from Harvey will affect fire ant populations in SE Texas remains to be seen, and will be largely determined by how long it takes the flood waters to recede (or, you know, a bunch of folks going out with bottles of Dawn to combat the terror mats the ants have formed).

A reduced population could be a good thing for more than just humans though. Ground nesting birds (like quail and meadowlarks) as well as some reptiles are also impacted by fire ants (whatever you’re imagining, that’s probably right) as well as native ant species, which are usually out-competed in areas cohabited with fire ants.

So, if you’re searching for a bright side, wherever these fire ants wind up will likely be very free of ticks for the foreseeable future.