Do You Know Earth Day?

To Tree or Not to Tree 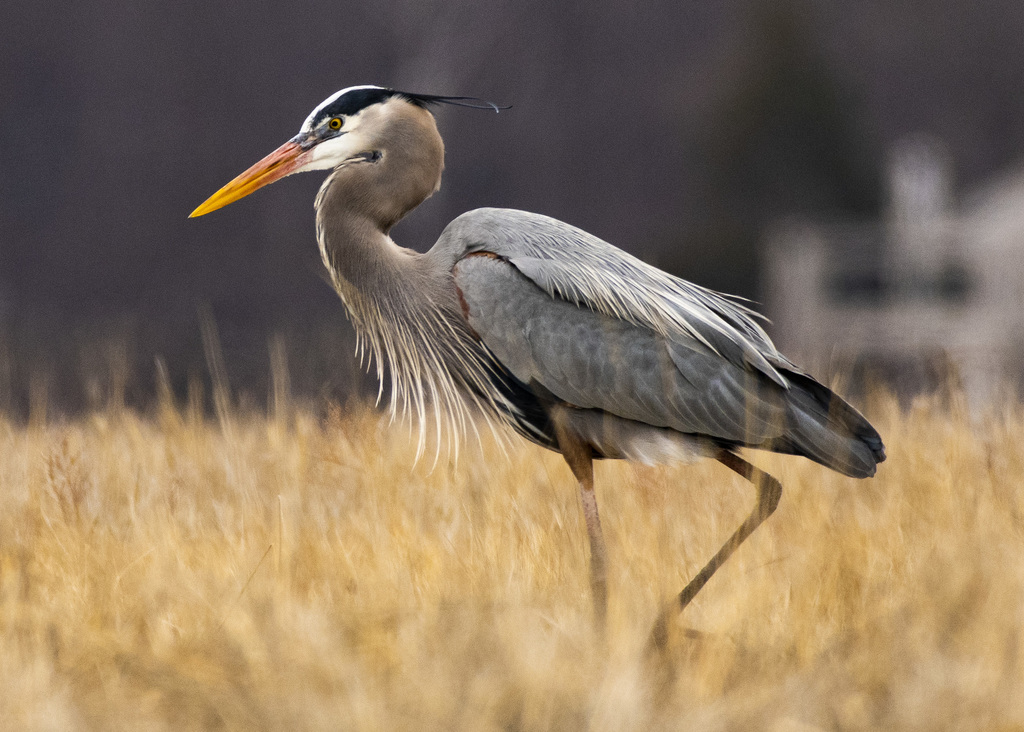 
The great blue heron (Ardea herodias) is common throughout much of North America, particularly the US. You’ve probably seen these birds hanging out along the edges of local water bodies (including streams, mashes, ponds, or even oceans) or in a tree—and if you’ve ever heard one “clap” its beak or “roh” you would be forgiven for potentially thinking about a dinosaur.

Great blue herons are more than just a large bird, they can also be indicators of ecological health including levels of toxins, habitat connectivity, and abundance of prey species. They’re also impacted by development pressures, since they like to raise their young in “rookeries,” and will often sleep in trees near other herons—sometimes in very large groups!

As a “bellwether” of ecological health, great blue herons are frequently looked to as an indicator species, in part because they can forage for food in both freshwater and marine environments and are a top predator within their ecosystems, which means contaminants can bioaccumulate and biomagnify in their tissues. In particular, contaminant concentrations in heron eggs can indicate local contamination of the ecosystem they are breeding in.

Herons require places to forage and roost—which makes upland and shoreline or wetland habitat connectivity important. This connectivity may be a result of an area that is relatively undisturbed; due to the reintroduction of beavers which can create swampy or marshy areas along streams and rivers; due to “green belts” in cities or along the edges of agricultural fields through programs like the Natural Resources Conservation Service; or through intentional habitat restoration that might not even target great blue herons, but can still benefit them.

Great blue herons are subject to “edge effect,” or the changes in a population or community at the boundary of a habitat. This can range from development on an adjacent parcel that might remove some of the protection of trees (from predators, such as eagles, ravens, and racoons) to an increase in human activity. Activities that occur during the nesting season, especially those that occur early in the nesting season, can cause nest abandonment. This may include unusual and loud noises, such as chainsaws and large trucks, recreation near their nest sites, and other activities that herons perceive as temporarily or permanently threatening.

While the great blue heron is a species of “least concern,” depending on where you specifically live, there may be measures (at the city or state level) to try and protect heron habitat or otherwise benefit this species, due to concerns around habitat loss, declining heron populations, or other factors. In fact, there’s a good chance there’s a heron initiative somewhere near you, either from a policy standpoint, as a component of government agencies, or grassroots organization. Just a few examples include: