What I Didn’t Know 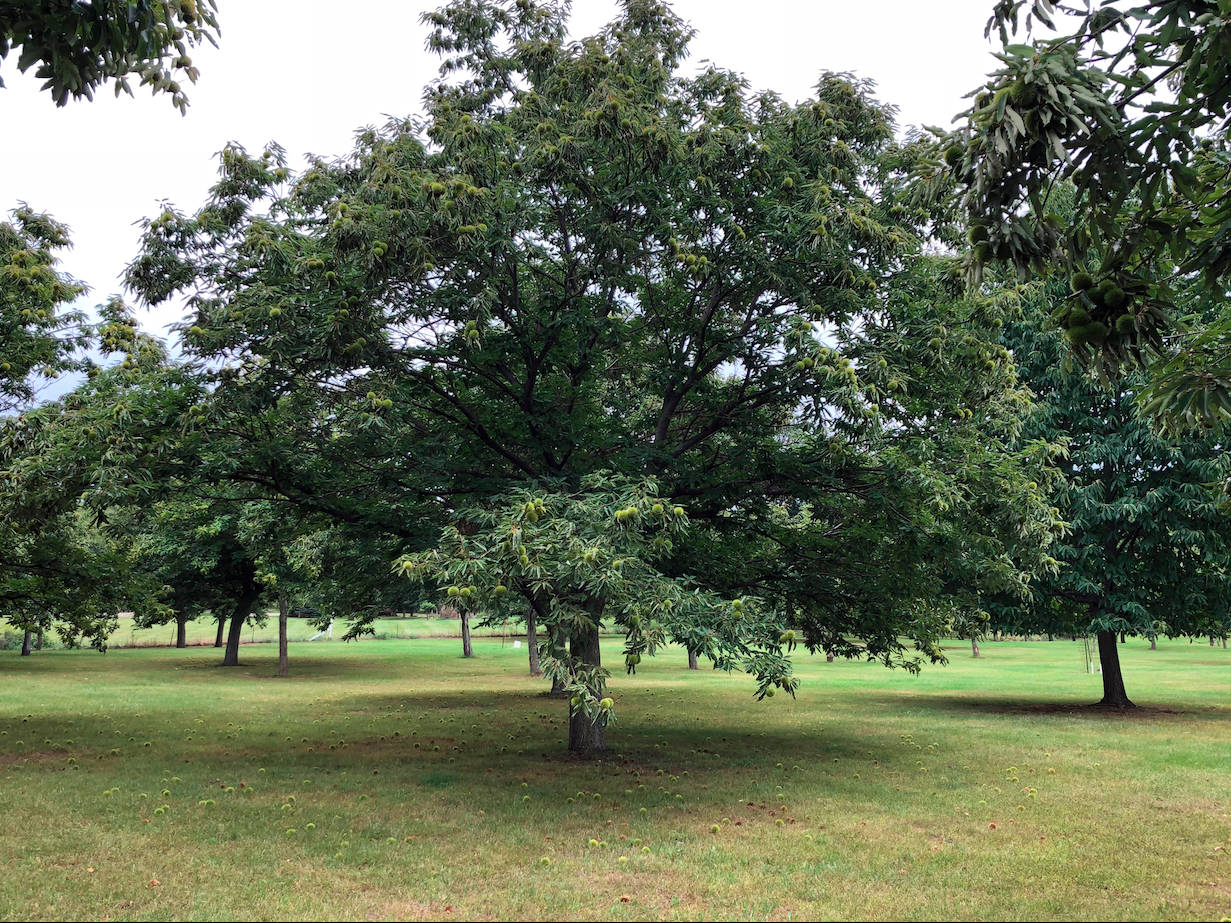 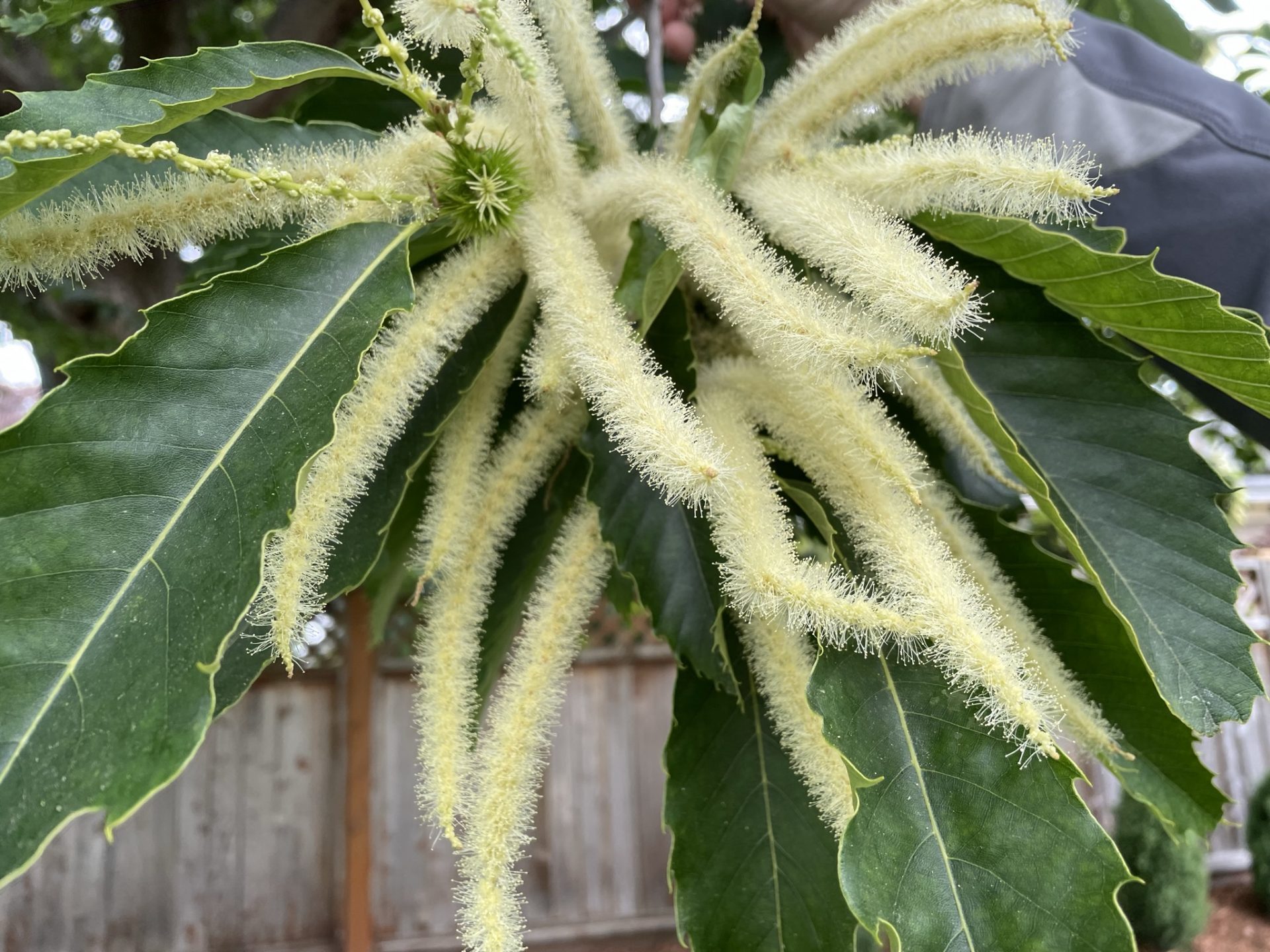 
You’d be forgiven for thinking the American chestnut (Castenea dentata) had died out. Chances are reasonable that you may have never even seen a chestnut—or if you did, that you didn’t recognize it (the dendrologists among us excepted!).

The American chestnut used to be a keystone species in their native range in the eastern US—but between 1904 and 1940, an estimated 3.5 to 4 billion were infected with a fungal blight, Cryphonectria parasitica, which was introduced to the US on an ornamental chestnut. Once the blight was introduced, it spread an estimated 50 miles a year, primarily spread by wind.

In the US, people quickly took measures to try and slow (and stop) the spread of the blight. Boy Scouts cut down blighted trees and people were encouraged to burn trees that showed blight, but to no avail. Ultimately, the blight impacted American chestnuts across 300,000 square miles. This fundamentally changed the landscape and ecology of the eastern US, and the economy of an entire region.

The American chestnut has not actually died out—but, in its historic region, it is stuck as an early successional shrub instead of growing into mature trees. An estimated 430 million wild American chestnuts still grow within their native range.

Cryphonectria parasitica can live within the dead tissues of a plant—and the blight cannot kill the root system. This means that remaining stumps sprout vigorously in disturbed areas where there is significant sunlight—then succumb to blight. This cycle keeps the species alive (although it is considered functionally extinct).

Cryphonectria parasitica feeds on damaged cambium under the bark of a tree that has been wounded. Chinese, Japanese, and to a lesser degree, European chestnuts evolved alongside the blight and respond to the fungus by forming burl-like callus tissue over the wounds. This keeps the fungus from spreading. When it strikes an American chestnut, it consumes the dead tissue and then secretes oxalic acid, which kills more of the tree’s tissue.

There are also efforts afoot to help restore chestnuts to the ecosystems in which they were historically present. The American Chestnut Foundation is key to these efforts. They are working to generate hybrids that have both the resistance of the Chinese chestnut with the timber-form of the American chestnut—and currently have more than 40 restoration trials underway in the eastern US. There is also a project occurring in southern Minnesota (and maybe elsewhere) to produce hybrid chestnuts.

These efforts could help transform eastern forests over time, if sufficiently blight-resistant hybrids are developed. However, forests have changed significantly since the 1940s—both in terms of composition and in terms of the species that make them up—and we will have to wait and see if an eventual restoration of chestnut-heavy forests is actually possible.

If you live somewhere other than the tree’s native range there’s a chance you can find American chestnuts in your community. There’s also a chance (and a not unreasonable one) that if you find a mature, healthy chestnut in your community that it’s actually a hybrid.

Depending on whether there are mature chestnuts in your area—and what region of the country you’re in, you might be able to see them flowering right now. The male flowers produce showy catkins that are white to yellowish and it produces a slightly unpleasant smell. Check out your local community for tree maps that might point you to some local chestnuts (of some variety) or just go out and take a walk!