There are generally four main types of terrestrial wetlands: swamps, marshes, bogs, and fens. Swamps are forested wetlands that are sometimes flooded and can also dry out periodically. Marshes are treeless wetlands that also range between flooded and dried states and are dominated by emergent herbaceous vegetation like grasses, sedges, and cattails.

Bogs and fens are types of wetlands called peatlands or mires. Peatlands are formed by mats of living peat-forming plants, typically mosses, that are water-logged and decompose slowly. Over time, this leads to many layers of the dense dead plant material underneath the living plants, forming a thick mat of organic material. Although they have a global distribution, around 2/3 of all peatlands occur in the temperate, boreal, and subarctic zones of the Northern Hemisphere—about 32% are found in the northern United States and Canada alone.

Bogs and fens are two of North America's most common kinds of peatlands and are primarily sphagnum moss (peat moss). Many people use the two terms (bog and fen) interchangeably. However, they have unique environmental characteristics that promote different plant communities. The time to clear up the confusion is now. 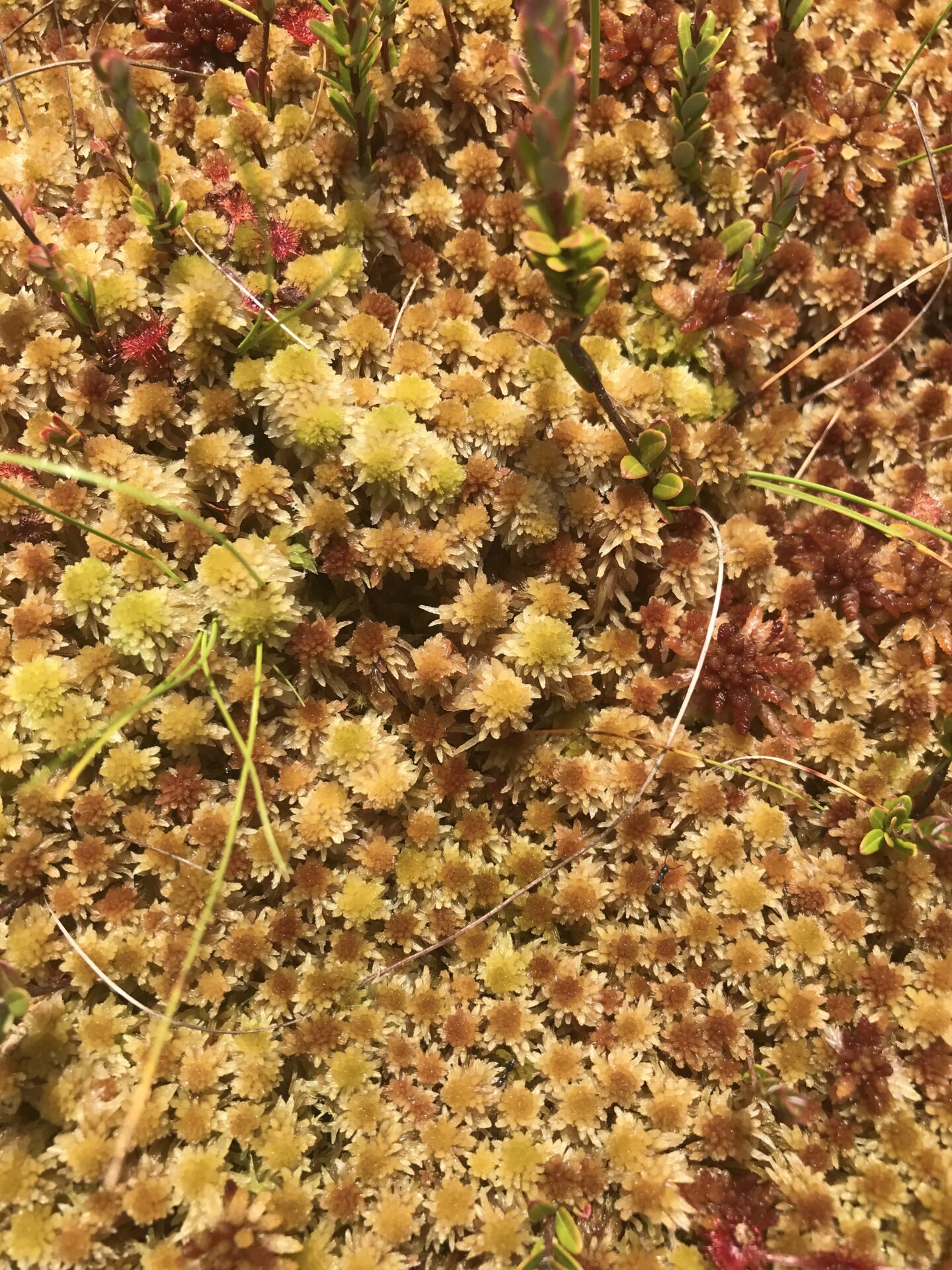 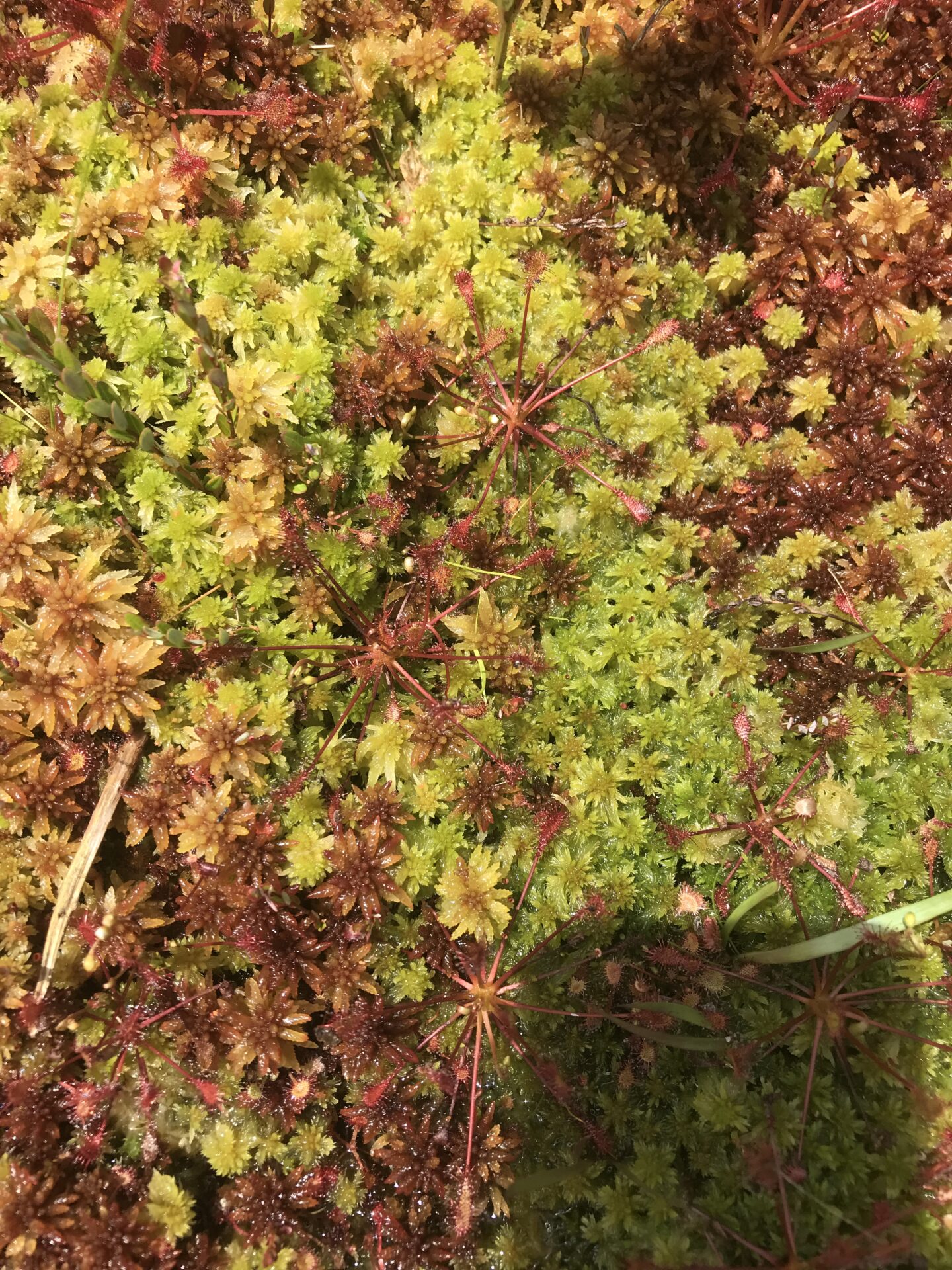 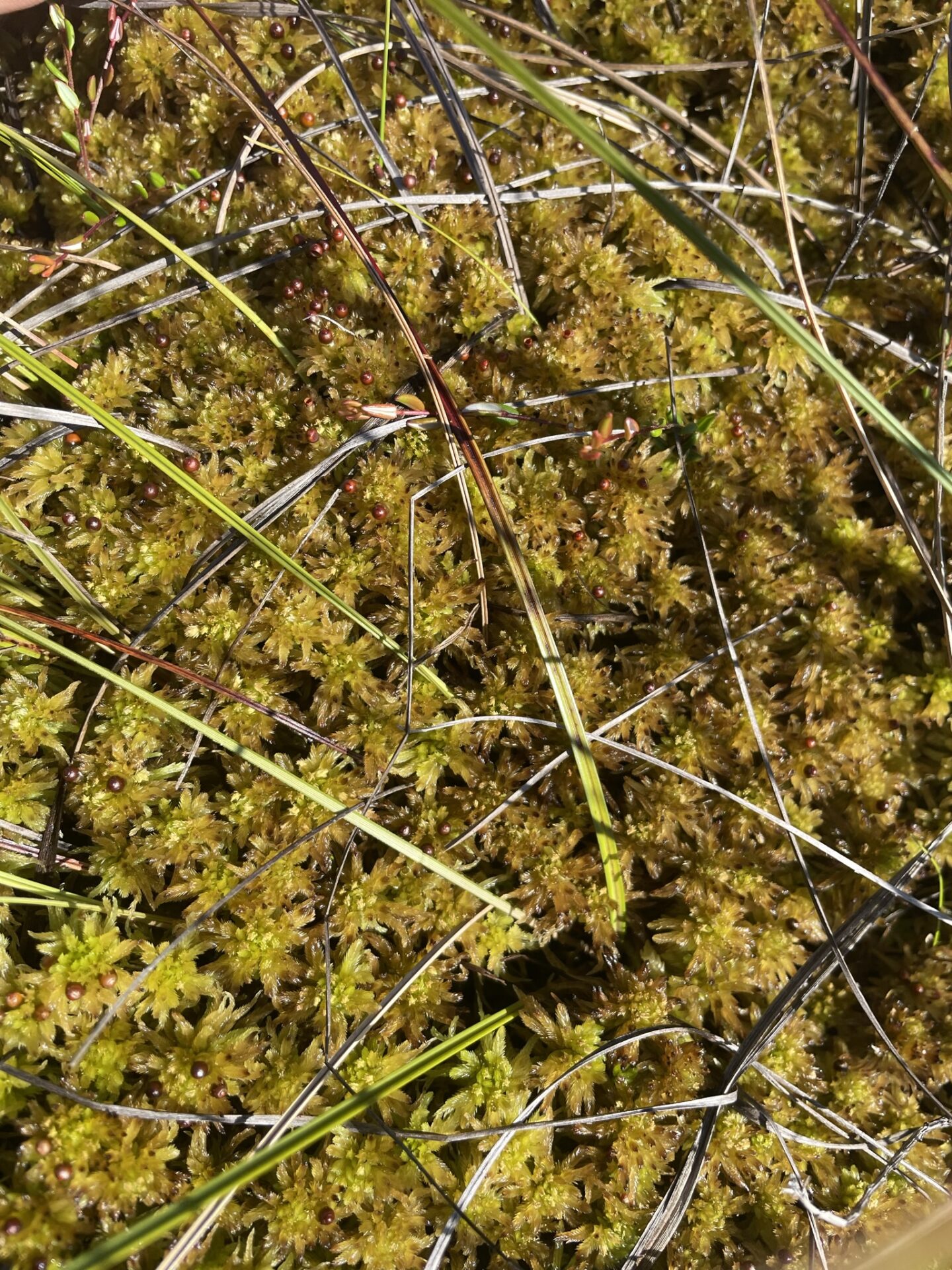 There are over 300 species of sphagnum moss worldwide and they are not always green—some species are yellow, orange, red, purple or even chocolate brown!

The primary driver that distinguishes a bog from a fen is the water source feeding the wetland. Bogs form above the water table. They receive nearly all their water and nutrients from precipitation, with little to zero input from ground or surface water. This scenario creates a scarcity of nutrients, which in a saturated environment leads to high acidity. Fens, however, are fed primarily through mineral-rich ground or surface water and are generally level with the water table. Groundwater's more significant mineral influence creates a highly nutrient-rich environment.

Of course, nothing in nature is cut and dry. In reality, peatlands fall within a spectrum: 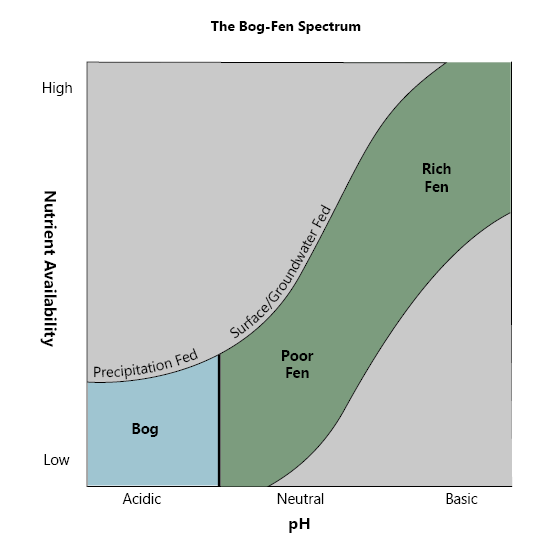 For example, imagine a fen’s groundwater supply is reduced due to hydrological changes. Or perhaps peat builds up so much that the fen is cut off from the water table. In either scenario, the fen will slowly transition from rich to poor, and eventually become a bog as it grows more acidic, and no longer receives mineral nutrients. We should note that not all bogs start as fens, and can form independently of this process. 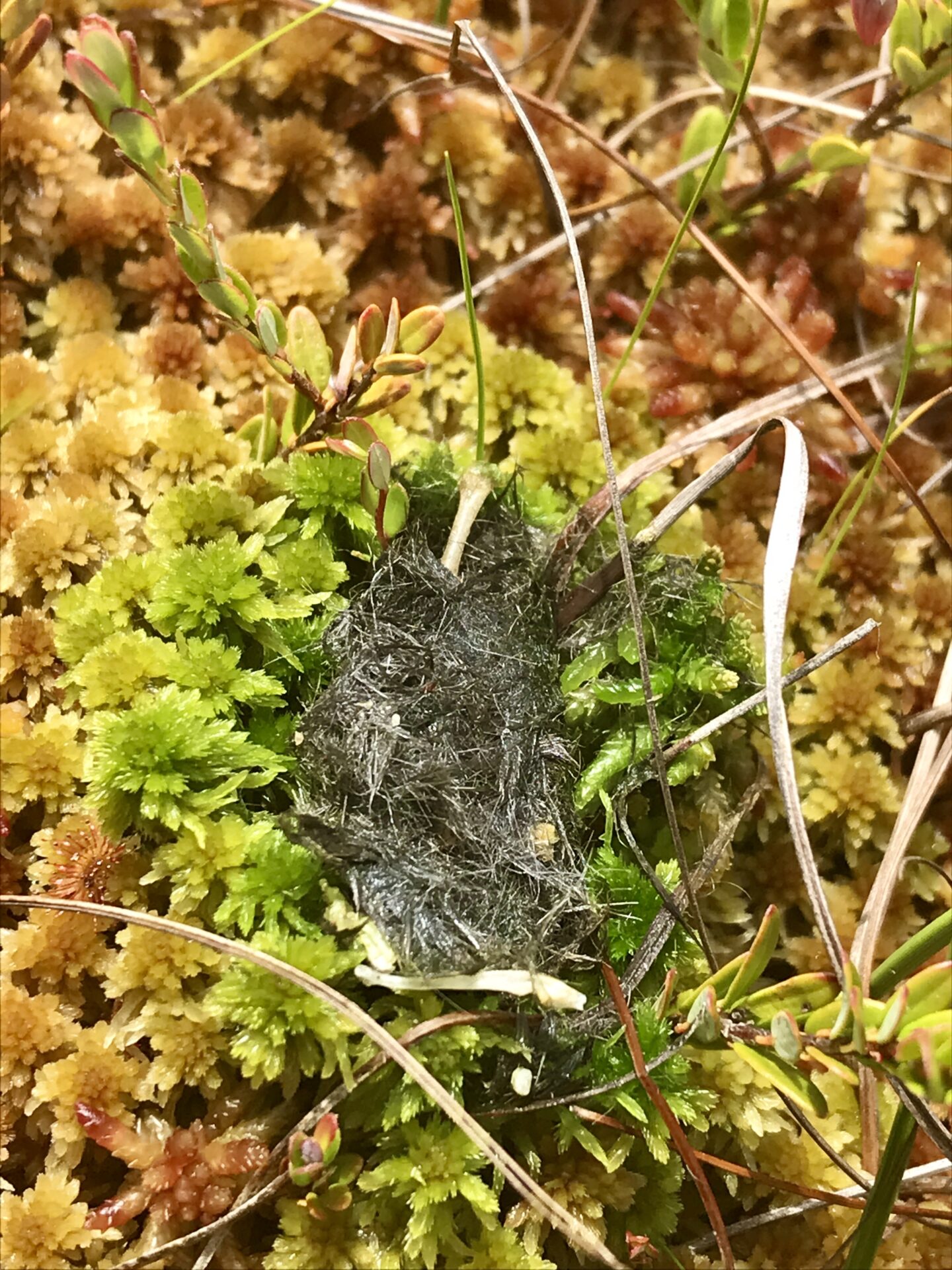 Sphagnum moss grows noticeably greener around an owl pellet, indicating the relatively high nutrients the pellet is releasing, when compared to the nutrient-poor conditions of the bog.

These unique environments play host to a wide array of plants and wildlife, including many species that can only be found in fens and bogs. Carnivorous plants, such as pitcher plants (Sarracenia spp.) and sundews (Drosera spp.), are particularly well adapted to low-nutrient bogs. These silent killers obtain nutrients by digesting insects trapped on the sticky hairs of their leaves (sundews) or within their water-filled pitchers (pitcher plants). Orchids, too, have adapted to the peatland environment by developing mycorrhizal relationships with fungi, who generously share some of their nutrients in exchange for a home on the flower’s roots. Shrubs will sometimes appear in the “drier” elevated hummocks within the peatland, often from the heath and cranberry family, which has a known penchant for acidic environments. Rich fens display a high diversity of sedges. Trees are mostly absent from these systems, except in fens. Dwarfed trees, such as larch, spruce, and cedar, can occur sparingly in slightly elevated areas. 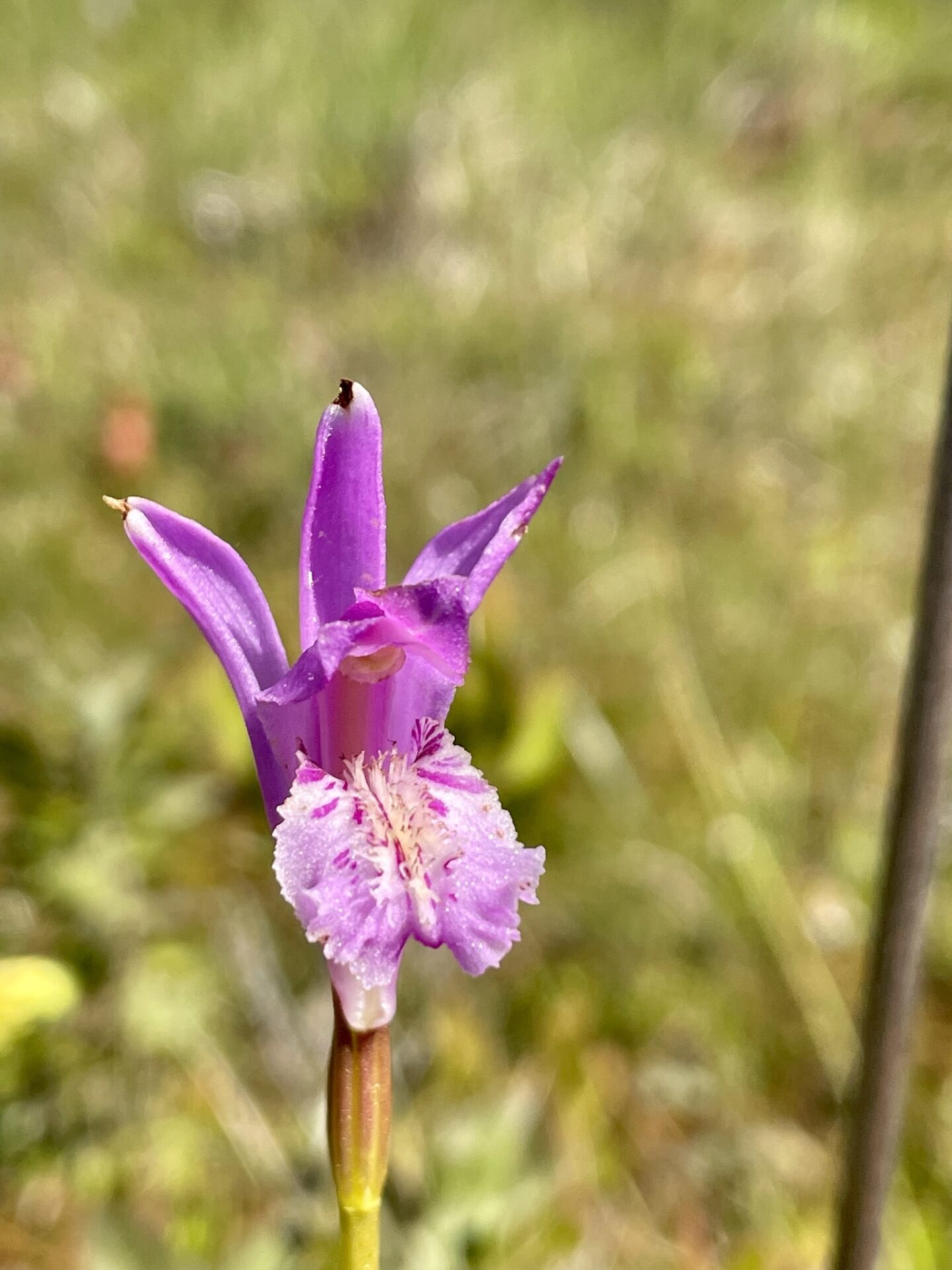 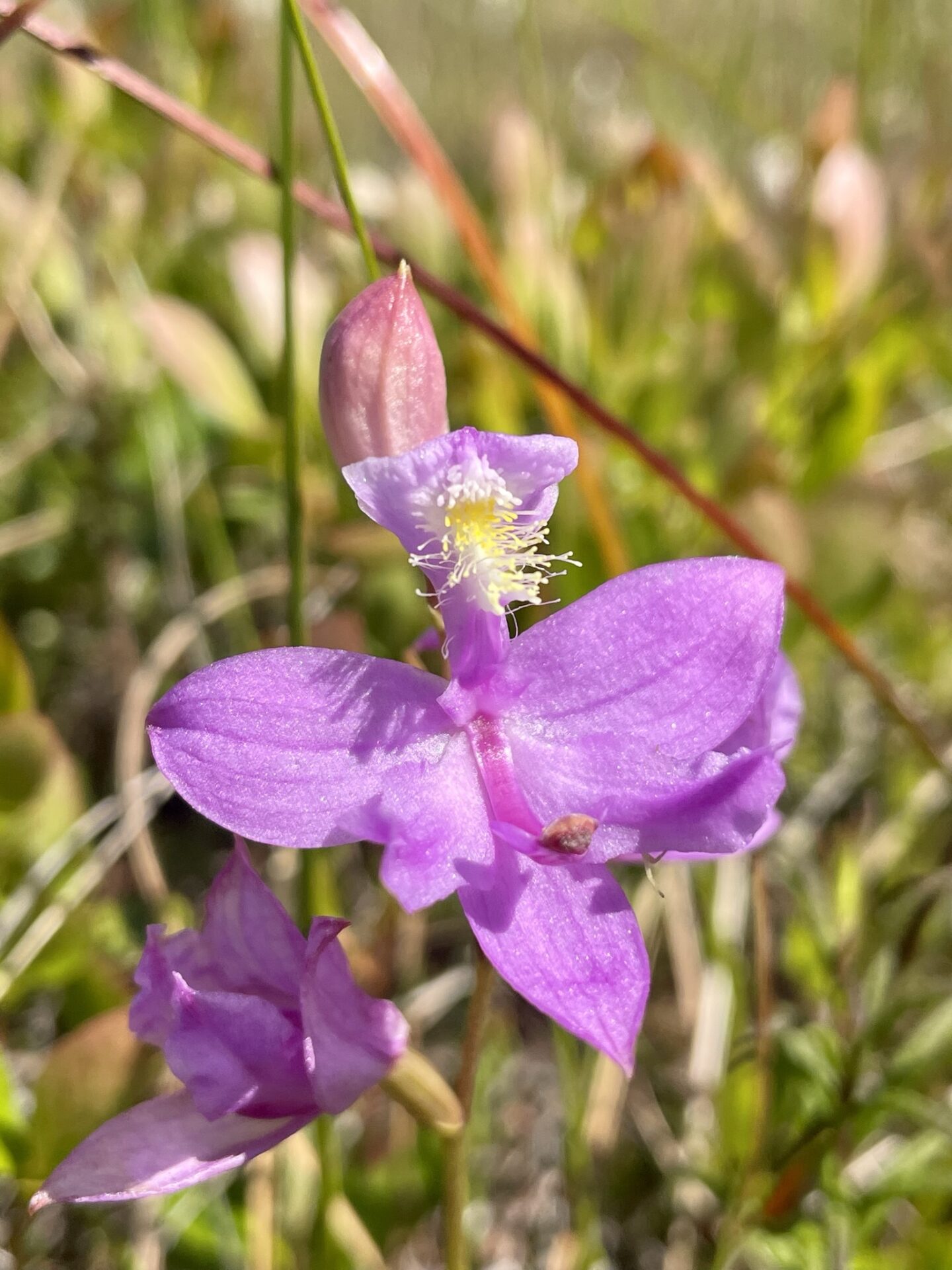 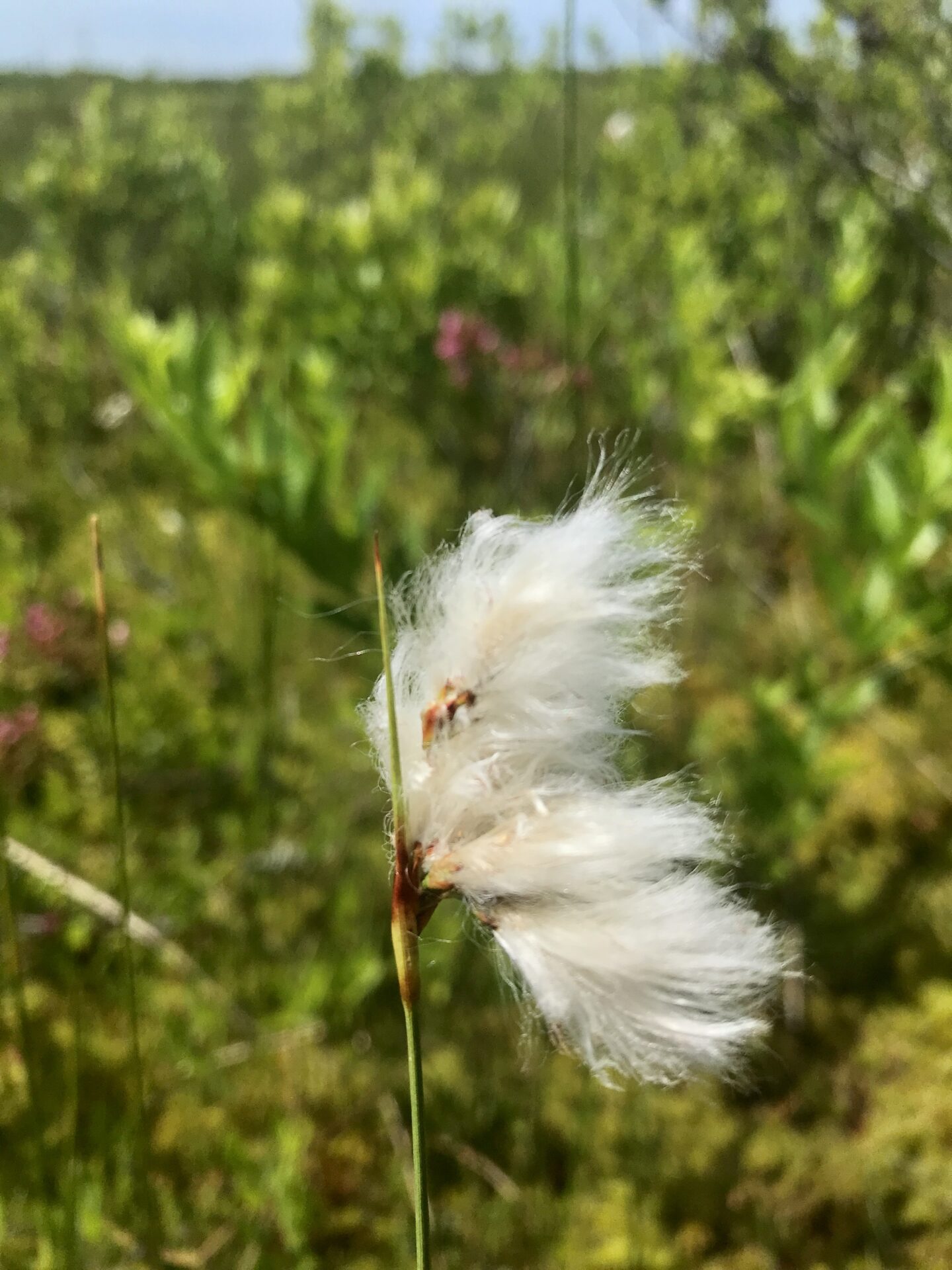 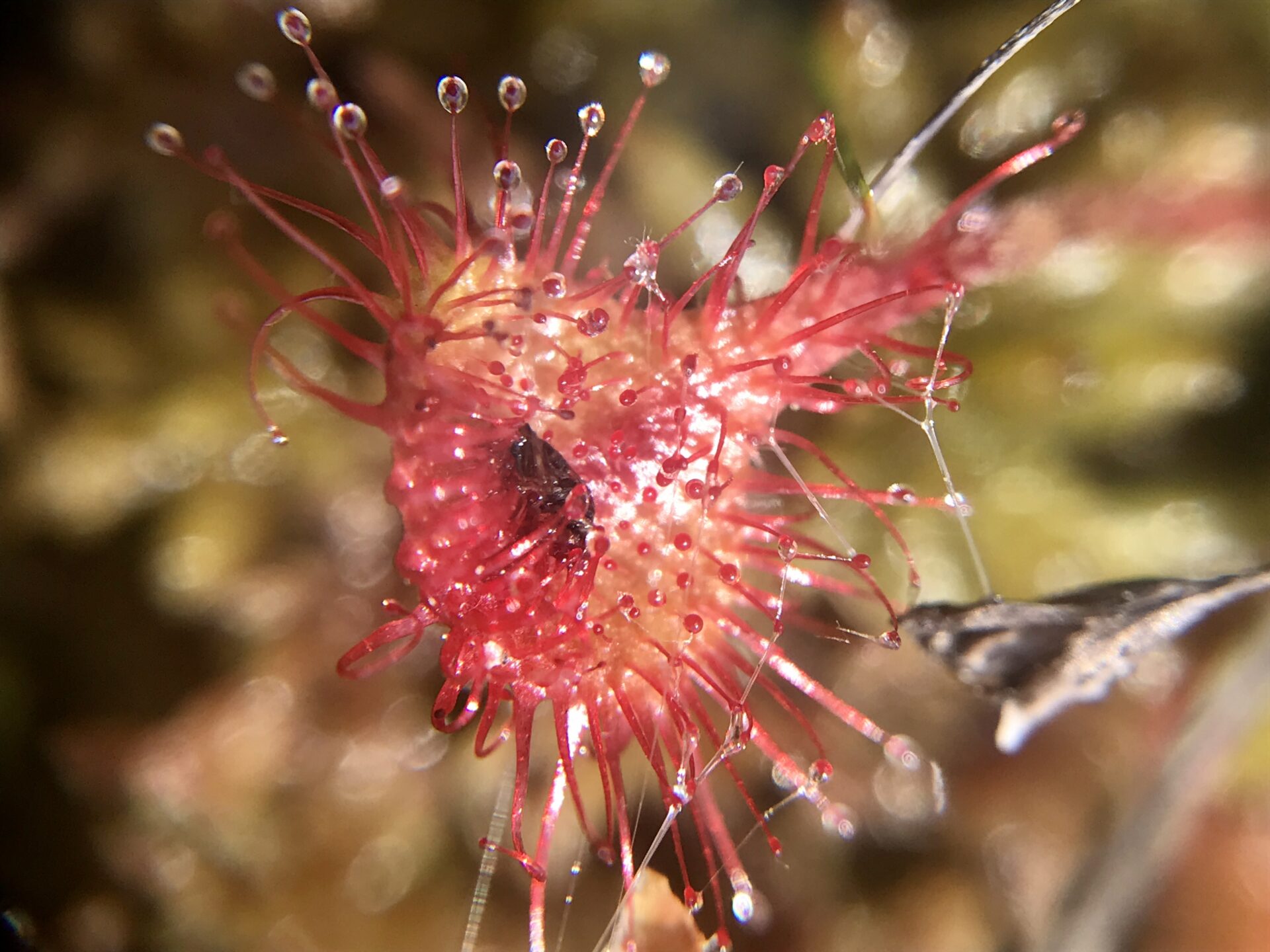 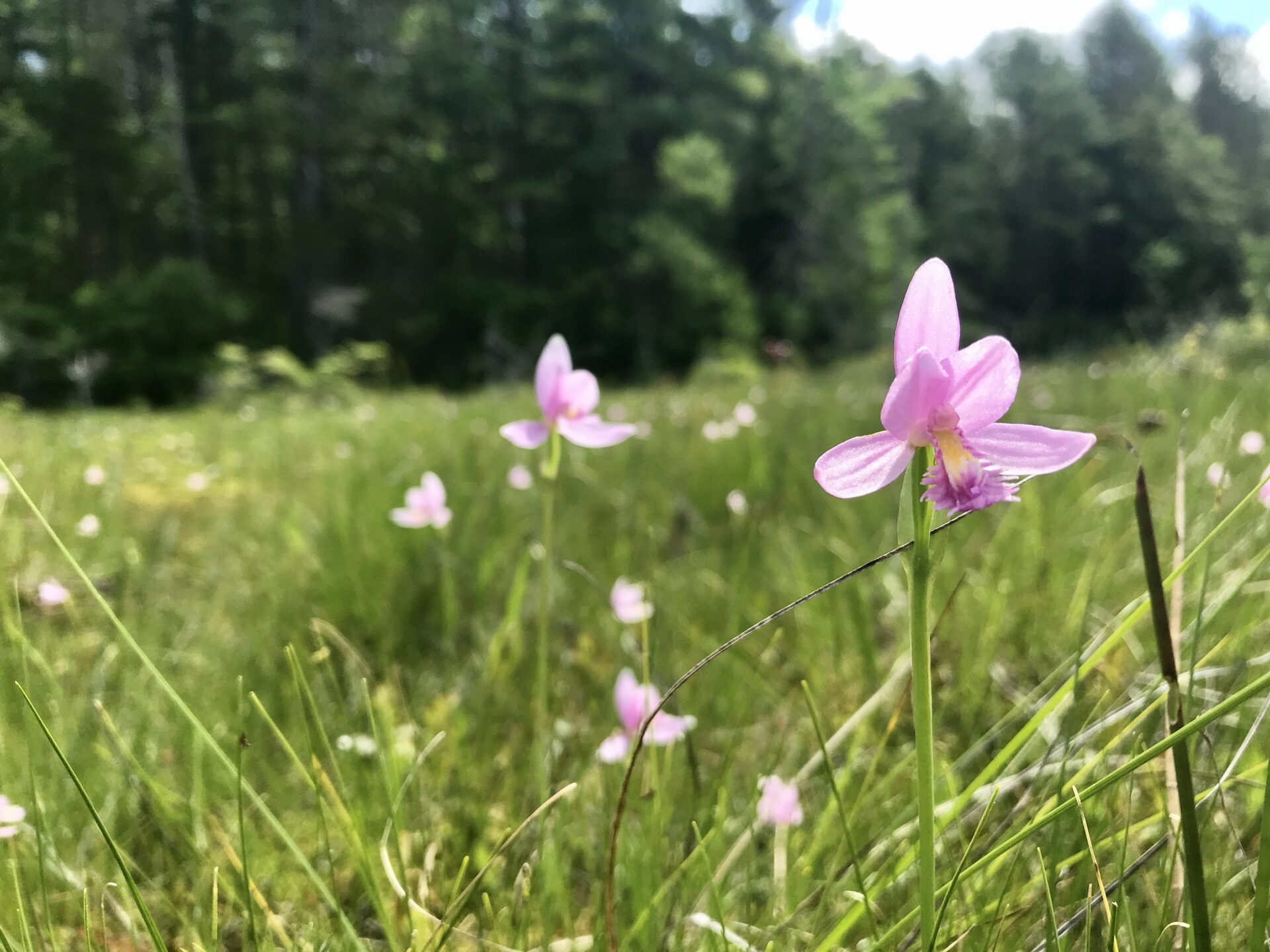 The most significant threat facing these peatlands comes from humans. Fens are drained to make away for agriculture or logging. Peat is harvested for fuel. Dams and water diversions can alter the hydrology of a watershed, degrading or destroying peatlands. Although they only cover approximately 3% of the earth's surface, peatlands store the most carbon of any terrestrial carbon sink—more than all the world's forests combined. Around 12% of the world's peatlands have been drained or destroyed, and thousands of acres continue to be emptied each year. Preserving these unique ecosystems is essential to maintain the earth's biodiversity and to help prevent climate change's acceleration.

If you are interested in learning more about bogs and the life within them, check out these organizations: