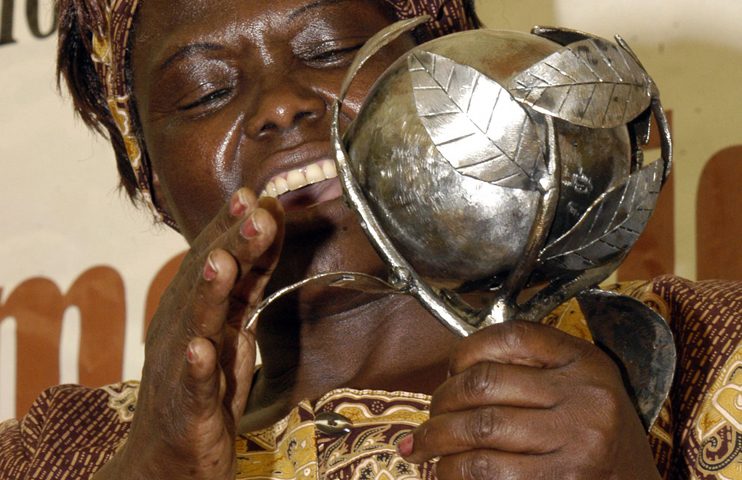 March is women’s history month—and when looking back on recent scientific history, most people probably think of prominent male figures when they picture famous ecologists and conservationists. We’re going to counter that narrative by featuring 13 women who have made a difference in ecology, conservation, restoration, or a related field. These women appear in alphabetical order by last name.

Jodie Darquea Arteaga is a leader at Ecuador Mundo Ecologico and an associate research professor at Ecuador’s State University of the Santa Elena Peninsula. Ecuador Mundo Ecologico is an organization dedicated to understanding by-catch—when fishing lines accidentally entangle non-target species (like turtles, dolphins, or birds)—as it occurs in small fleets. This is, in part, because small fleets don’t face the same international regulatory requirements as industrial fishing vessels, despite the fact that the smaller boats may number in the thousands. Before her work began, there was no documentation of bycatch by these fishermen. Now, alongside other partners, she has documented more than 700 of these fishing trips.

Janine Benyus, author of Biomimicry: Innovation Inspired By Nature and co-founder of the Biomimicry Institute, helped revolutionize design thinking. The practice of biomimicry adheres to six design lessons that species use to survive and thrive: adaptation, attunement and responsiveness, evolution, resource efficiency, life-friendly chemistry, and the integration of development with growth.

Rachel Carson is perhaps best known for Silent Spring, which alerted the world to the perils of DDT. However, this was far from her only published work. She also wrote extensively about Atlantic marine ecology, particularly coastal and intertidal ecosystems. Carson worked for the Bureau of Fisheries (which later became the US Fish and Wildlife Service) for many years and continued to write both essays and books, while also battling challenges from the chemical industry about DDT.

Ruth Defries, Ph.D.,uses remote sensing to better understand how the Earth’s habitability is influenced by human activities, which can alter climate, nutrient cycling, biodiversity, and other ecosystem services. She has recently focused most of her attention on tropical deforestation and the impacts it has on atmospheric carbon emissions.

Amrita Devi – Amrita Devi was a member of the Bishnoi religious community, which respects the sanctity of all forms of life. Bishnoi’s view the Khejri tree (Prosopis cineraria) as a critical life force in the desert. In 1730, the King of Jodhpur sent his army to Bishnoi villages to cut trees for his palace. Amrita Devi ran to one of the trees and hugged it to stop it from being felled. She, along with many other Bishnoi, were massacred protecting their trees. Their sacrifice later inspired the Chipko Andolan movement.

Marjory Stoneman Douglas was a journalist, author, racial justice and voting rights advocate—and a staunch defender of the Everglades. She fought against efforts to drain the massive wetlands and transition the land for development. In the 1920s, she joined the board of the Everglades Tropical National Park committee, the goal of which was to designate the Everglades as a national park. By the 1970s, she focused her critiques on damages being done to the Everglades through development and pollution. Her efforts earned her monikers such as “Grande Dame of the Everglades.”

Sylvia Earle, Ph.D., is a marine biologist, explorer, author, and public speaker who leads Mission Blue and was the first woman to become chief scientist of the National Oceanic and Atmospheric Administration. She has been a tireless advocate for the oceans, has led more than 50 expeditions, and has clocked more than 7,000 hours under water (for context, there are 8,760 hours in a year).

Nicole Hernandez Hammer is a sea-level researcher and climate activist who began her career in south Florida, where she was raised. Although she started in academia, she later switched to advocacy after concluding that academic work takes too long to reach vulnerable populations. She’s particularly interested in the disproportionate impacts of sea-level rise on Hispanic and other populations that reside in coastal areas.

Robin Wall Kimmerer, Ph.D., is a plant ecologist and botanist, and a Professor of Environmental and Forest Biology at the State University of New York. She supports the Traditional Ecological Knowledge approach, which integrates empirical science with cultural and spiritual considerations, and founded the Center for Native Peoples and the Environment based on this philosophy. The mission of this Center is to create programs that rely on both indigenous wisdom and scientific knowledge to support healthy environments. She is a member of the Citizen Potawatomi Nation and the author of two books and numerous articles. In addition to her work helping to weave together indigenous wisdom and empirical science, Kimmerer believes that one of the ways to curb ecological destruction is to talk about nature in a different way. She points out that we talk about anything non-human as an “it,” and that this is part of linguistic imperialism—a habit which makes it easier for us humans to destroy the earth rather than coexist with the other beings of the world.

Wangari Maathai, Ph.D., founded the Green Belt Movement in Kenya. The organization restores degraded watersheds and forest lands by planting trees, which improve water catchment, stabilize the soil, and reduce poverty in local communities by providing food and firewood. Since the organization’s founding, Green Belt Movement communities have planted more than 51 million trees in Kenya. The Movement also focuses on empowering people to address the needs of their community through civic and environmental seminars.

Patricia Medici, Ph.D.,is a Brazilian conservation biologist whose main area of study has been protecting the vulnerable tapir population, a jungle-dwelling mammal that is similar to a pig but with a short trunk. Tapirs help shape plant biodiversity in the areas they inhabit and also improve the survival rate of large predators. Alongside those efforts, Medici also focuses on tropical forest conservation, landscape ecology, community-based conservation, and metapopulation management. Since one of the biggest threats tapirs face is from vehicular traffic, Medici and her team decided to add highly reflective stickers to the tapir’s tracking collars, with the hope of increasing their visibility.

Terry Tempest Williams is a conservationist and author whose writing is rooted in the American West. She focuses on topics such as ecology, wilderness preservation, public health, and the relationship between culture and nature. She has written extensively about the ways human activities impact ecological systems, the changing shape of landscape due to natural and anthropogenic causes, and how power can corrupt not just individuals but ecosystems and culture.

We can’t cover all of ecology’s prominent women in the space of one blog—so keep an eye out for our next article in a few days that will highlight even more of science’s revolutionary females. 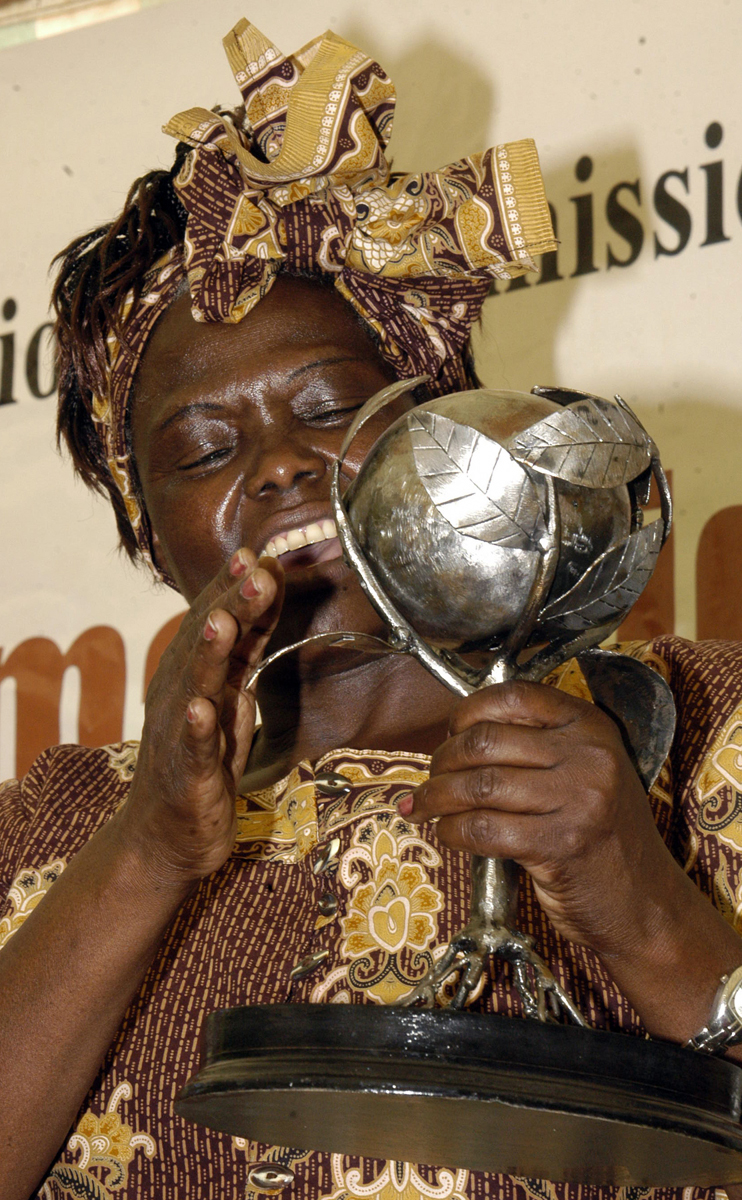 Wangari Maathai, Ph.D. founded the Green Belt Movement in Kenya. Communities involved in this work have planted more than 51 million trees in Kenya.

“Language has always been changeable and adaptive. We lose words we don’t need anymore and invent the ones we need. We don’t need a worldview of Earth beings as objects anymore. That thinking has led us to the precipice of climate chaos and mass extinction. We need a new language that reflects the life-affirming world we want. A new language, with its roots in an ancient way of thinking.” –