Milkweed: Crop of the Future? 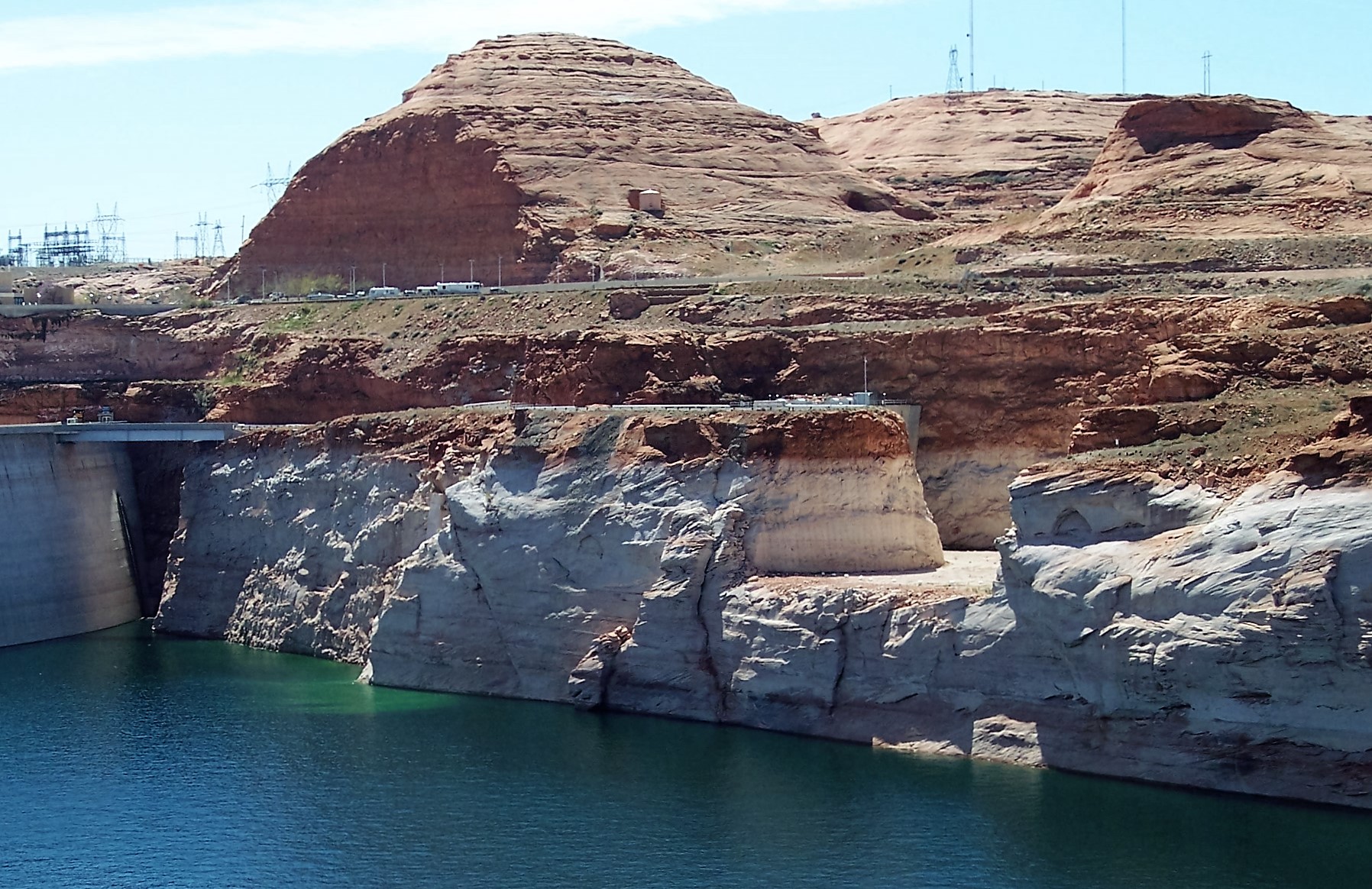 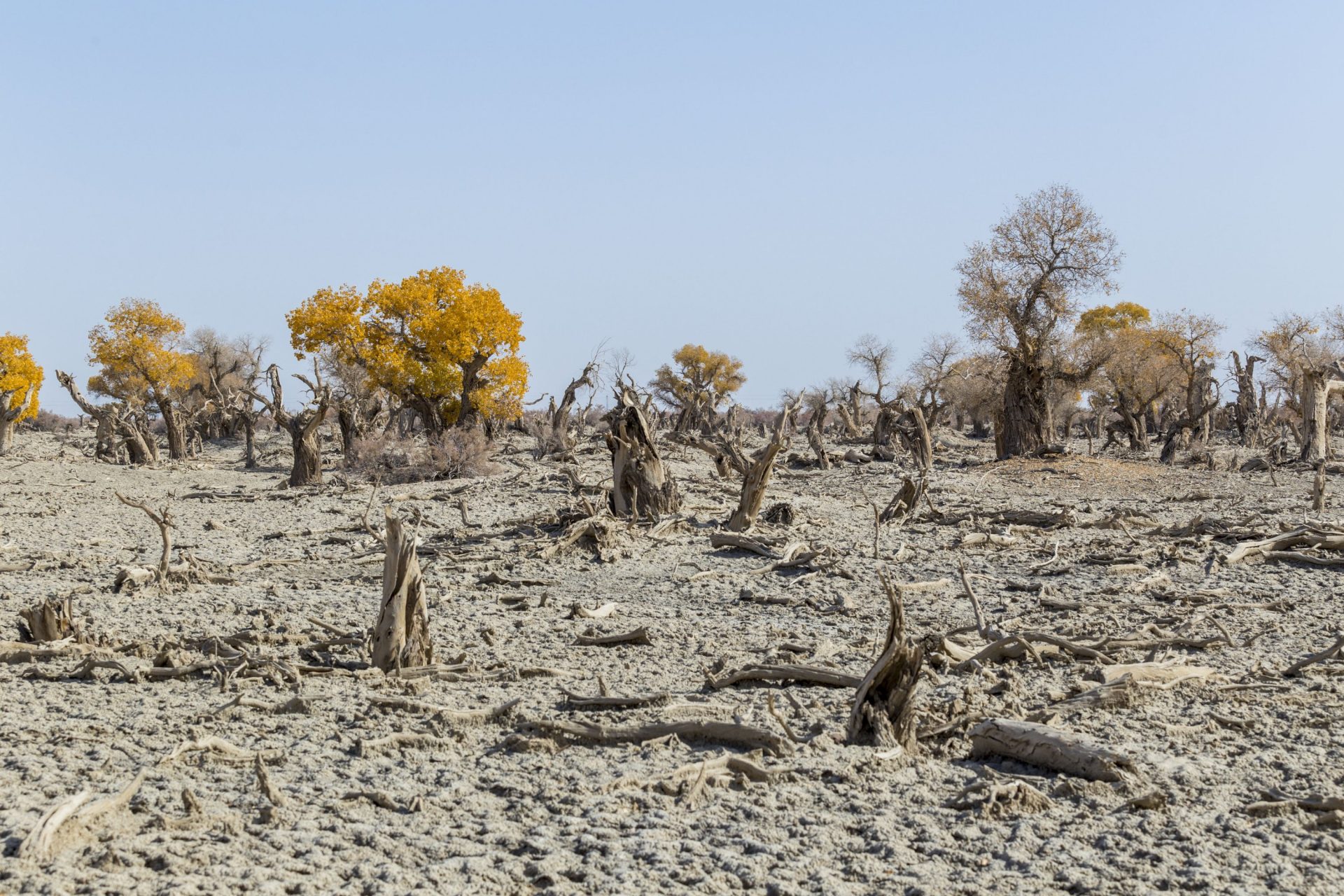 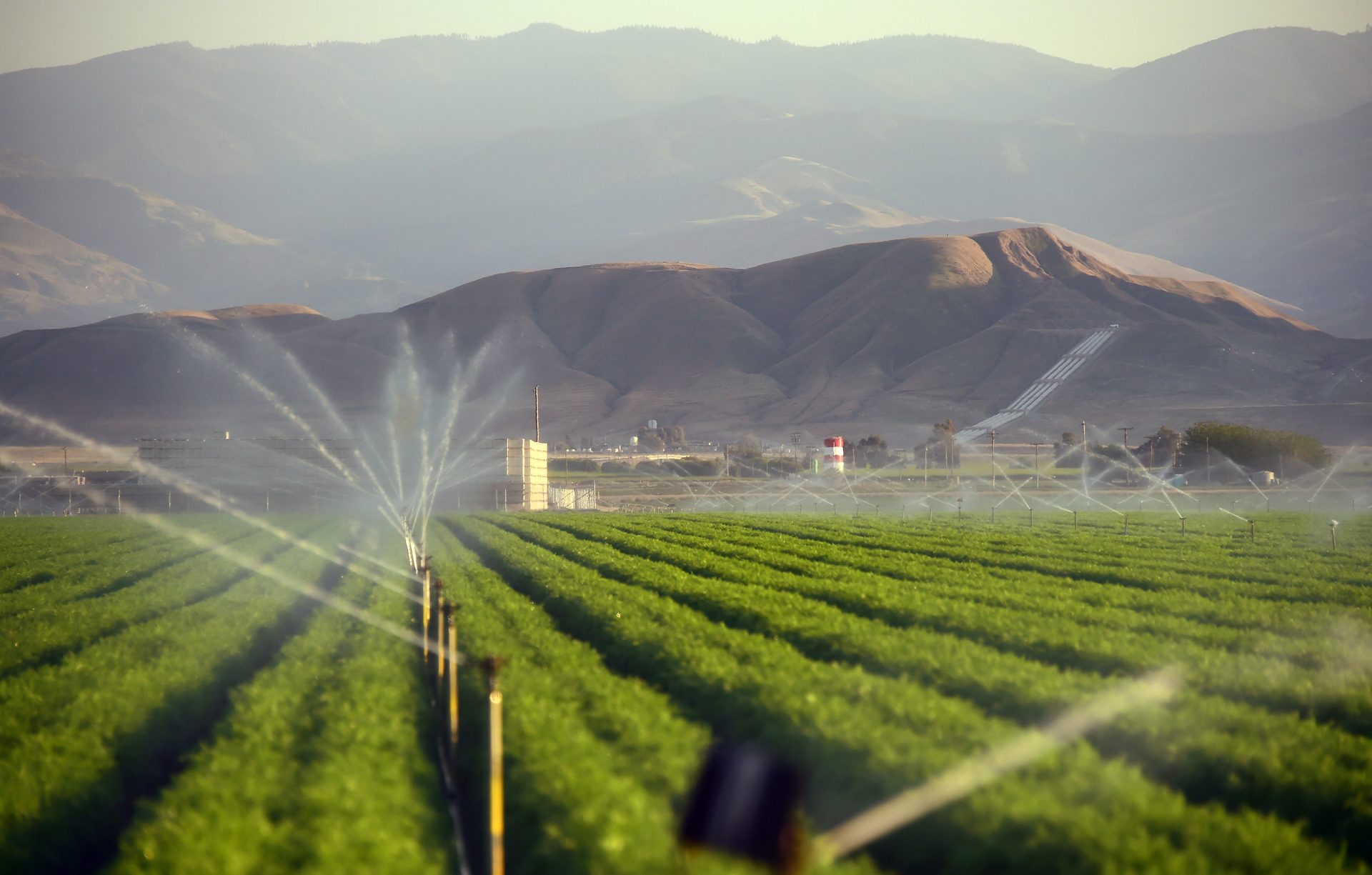 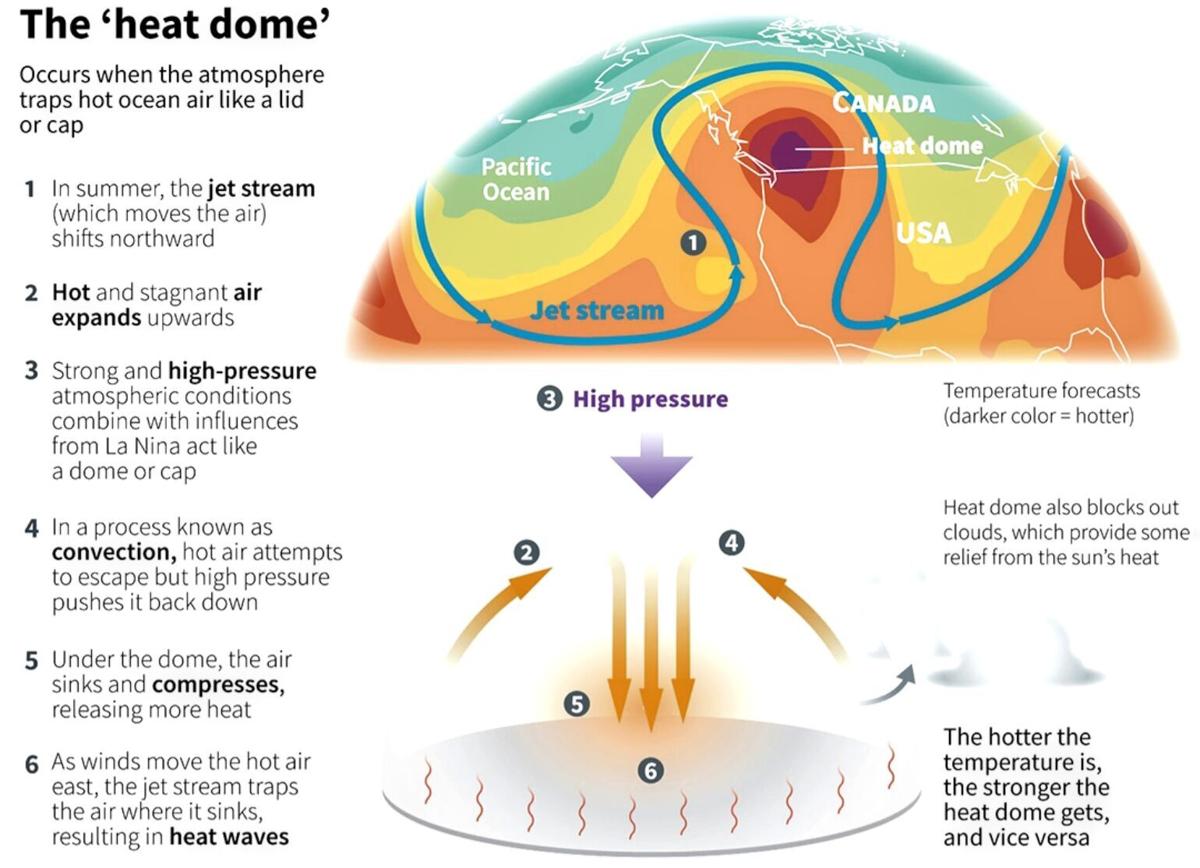 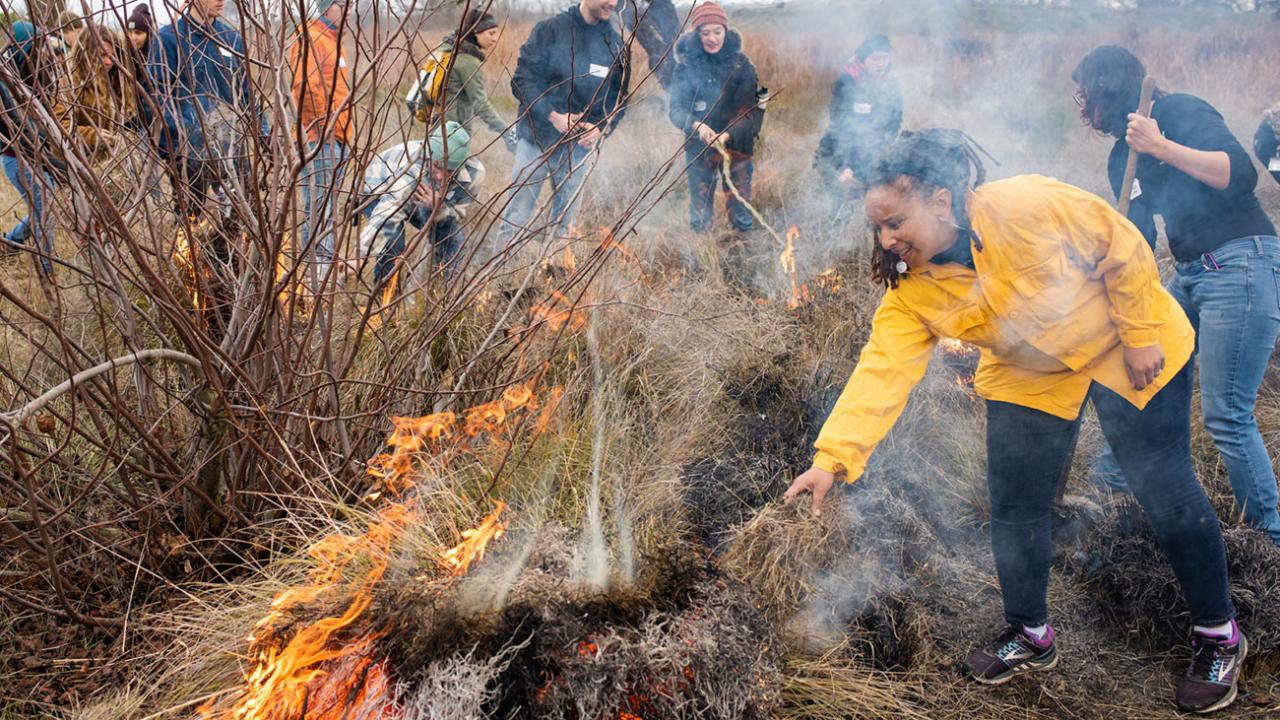 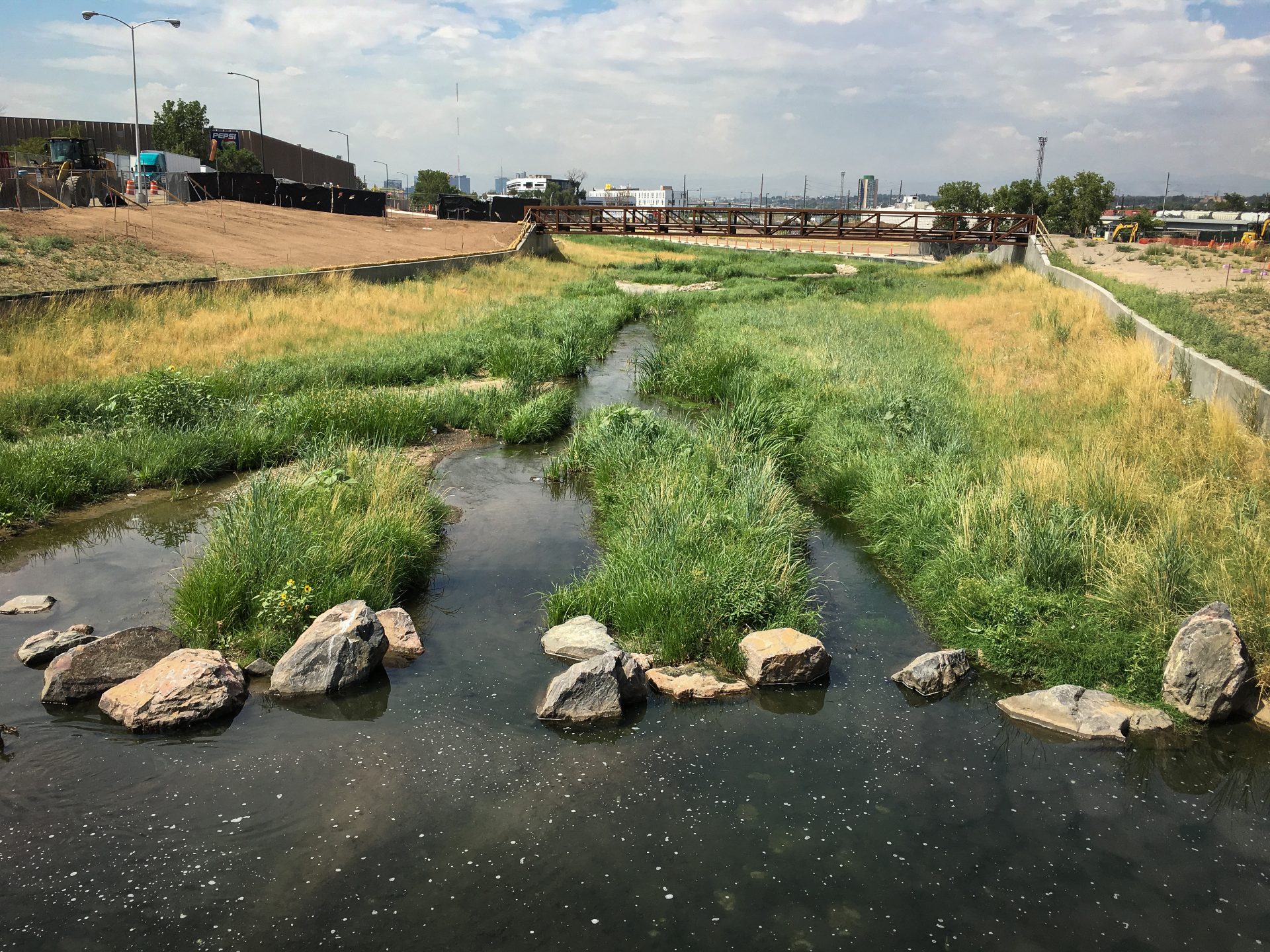 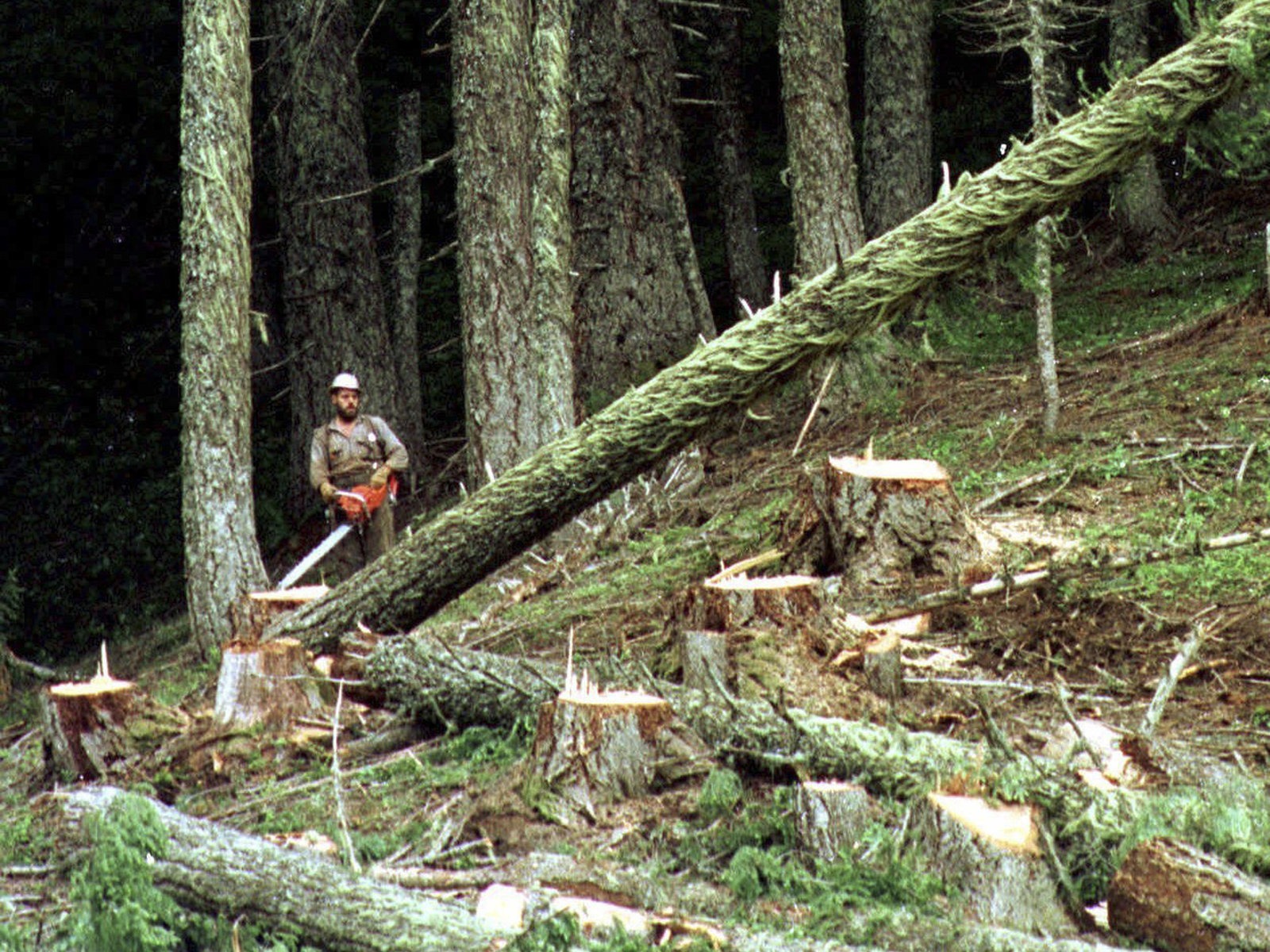 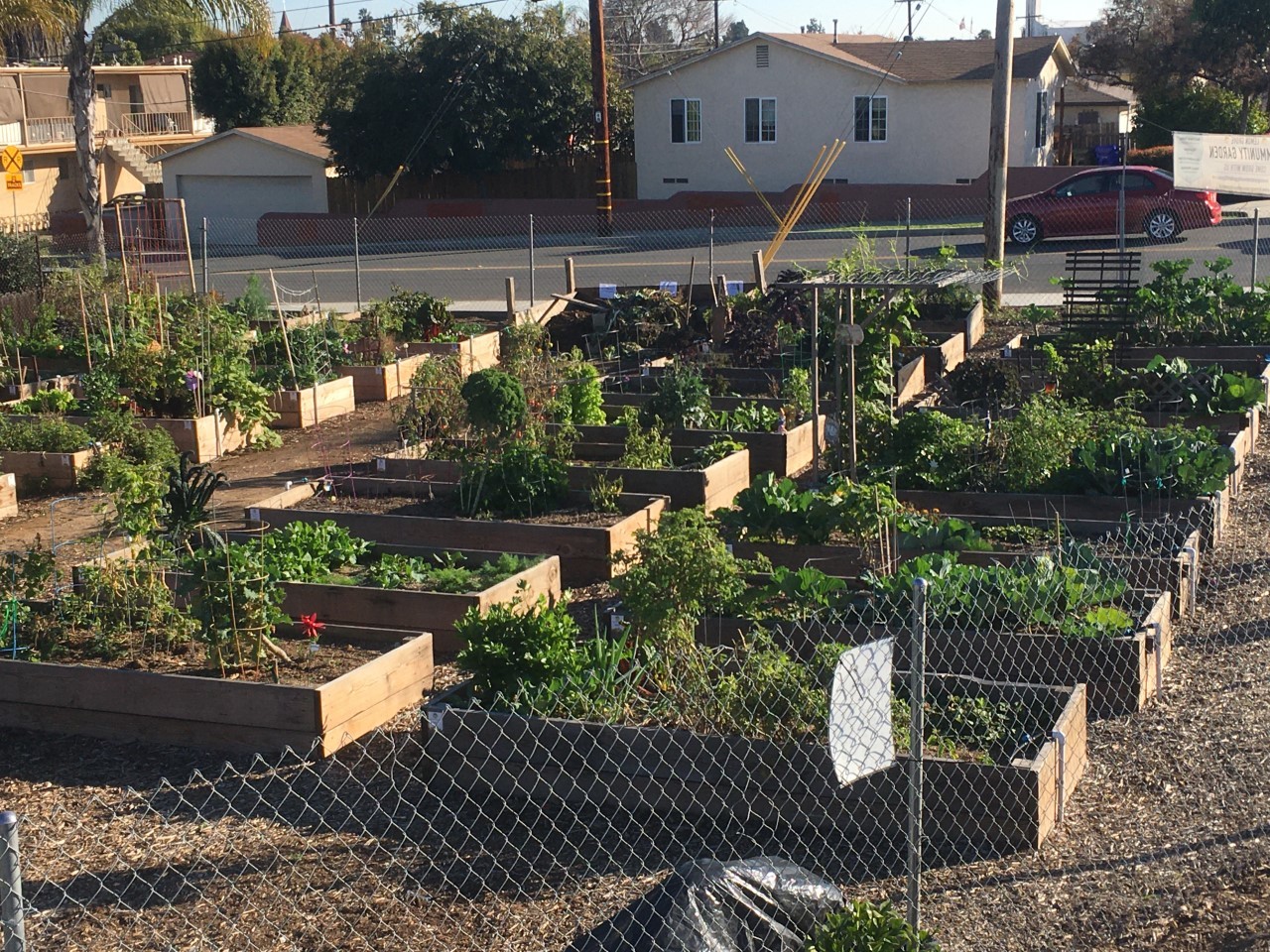 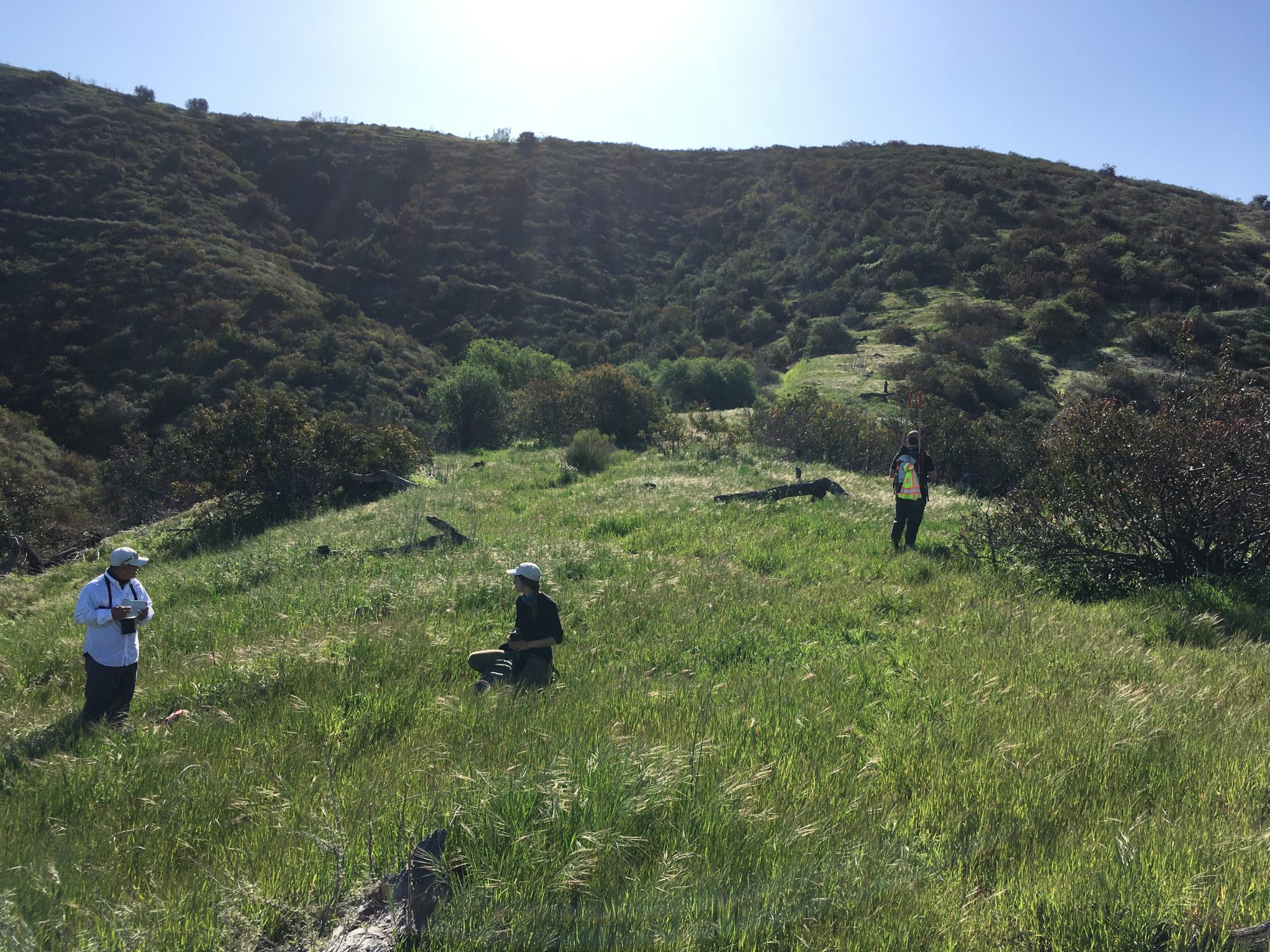 Climate Grief or Climate Hope - We Can Have Both

For those of us in the West, it’s hard not to think about wildfire season—or smoke season—at this time of year, particularly when much of the West is in an ongoing—and worsening—drought. And it’s not just an unusually dry season. We’re in a megadrought—meaning a decades-long drought that could last a full century—and change life as we know it in the American West. Here are just a few indicators of how bad things are getting:

Lake Powell is at the lowest level ever observed—and as of this writing (August 23), is still falling.

To this writing in 2021, according to the National Interagency Fire Center, 93 large fires and complexes have burned more than 2.5 million acres in the US—a number that is up significantly since 2020. Overall, in the US this year more than 41,000 fires have burned nearly double that number (4.58 million acres).

Trees in the West are dying off en masse—as depicted in multiple articles looking at mixed-age forest canopies and old growth forests—including both trees that have historically required a lot of moisture to survive, such as the redwoods, and those that require very little.

The future—regardless of whether you’re taking a social, economic, ecological, or emotional perspective—is grim.

After all, these changes not only threaten things like life and livelihood—hotter temperatures, spiking water prices, increased risk of wildfire, loss of jobs and homes, and more—but the US national economy, writ large.

I could keep writing about agriculture in the West—but you get the picture. Prolonged droughts—along with wildfires—are already impacting these markets.

When you couple this with increasing temperatures—like the heat dome that settled over much of the Northwestern US in June—impacts compound. The heat dome caused significant impacts to crops—particularly berries and cherries. The heat dome also impacted shellfish populations, which may have longer-term ramifications on both the commodity market, but on local quality in areas throughout the Pacific Northwest.

And these are not isolated events. These things are happening more and more frequently (with the exception, hopefully, of the heat dome) and for longer periods—and are impacting more than just the West Coast. Wildfire smoke impacts air quality and visibility across the US (and—some fire seasons—across the Atlantic Ocean). Food prices go up when disaster impacts crops. Extreme heat (or other extreme weather, such as rainfall that results in landslides) can impact supply chains. Businesses and homes lost to fire can be slow to rebuild—if rebuilding ever really occurs, which impacts local buying power (likely from whatever commodities are biggest where you live, even if that isn’t in the West).

That’s to say nothing of what’s happening in other parts of the US. On the East Coast, hurricane season is resulting in more named storms—and stronger storms—than we’ve ever previously seen. The Midwest—which historically has periods of drought and flooding—is experiencing both at increased rates while also losing record levels of topsoil.

Clearly there is a lot of room for climate despair and climate grief, particularly since there is so little that we—as individuals—can do that makes a difference.

But what if there’s also a place for hope?

While it’s clearly easy for me (and so many others) to paint pictures of why we should be worried about climate change and how our actions are accelerating myriad disasters, it’s also important to talk about the things that offer hope—and to leave space for optimism about the future. Hope can help drive action, while despair often leads people to freeze. Who wants to save a world that’s doomed?

Here are some of the ideas and actions that are bringing me hope, in the face of climate crisis as it appears in the Western US:

There is an increasing momentum to change how we think about and engage with wildfire. We know, for instance, that there are many fire-adapted species—and we also know that not all burns are actually devastating. The podcast Good Fire explores the idea of cultural fires and what colonizers may have to learn about engaging with wildfires. If you’re not ready to take on a podcast mini-series, like Good Fire, you might also check out this episode of Ologies, focused on indigenous fire ecology. It’s also helpful to remember that part of what makes wildfires so devastating is that we’ve increasingly encroached on the wildland-urban interface (WUI, pronounced woo-ee), which means not only are more of our homes and businesses in previously wild places—but that we’re altering ecosystems (including water systems) to make space for these homes and businesses. Those actions can exacerbate not only intensity of the wildfires, but incidence of major loss of life, livelihood, or living situation.

There have been several huge factors in river alteration in the West, including: damming rivers, (near) eradication of beavers, and disconnecting rivers from their floodplains. All of these alter vegetation near rivers—as well as the saturation of the soil. River restoration efforts increase biodiversity and can result in renewed or replenished saturation of floodplains, which can help slow or halt fires. The return of beavers, as part of restoration efforts or because landowners recognize the benefits of beavers on their land, can be immensely helpful to slowing or stopping the impacts of both drought and wildfire. While it’s not easy to determine how many river restoration projects—of various sorts—are happening in the US, there are more and more projects which aim to restore rivers—including reconnecting rivers with floodplains, removing dams, increasing native plantings along riverbanks and their floodplains, installing beaver dam analogs, and improving sinuosity.

By now, you’ve likely heard of Suzanne Simard’s work—her new book Finding the Mother Tree has made quite a splash—but in case you haven’t, here’s the scoop: Simard, a professor in the Department of Forest and Conservation Sciences, at the University of British Columbia, has focused her research on tree connections within forests—including better understanding the role of “mother trees” in forest regeneration. Simard’s research, along with research by others, may change how we think about forestry in the future—including the forest carbon budget and the necessity and strategy for retaining trees during logging.

The body of research being conducted by Simard, and others, may change the way we think about forests, how we manage them, and lead us back to a place of greater equilibrium with forested spaces.

Okay, so mileage on this one will vary a lot depending on a number of factors, including your socioeconomic status and that of your neighbors, proximity to neighbors, region of the country, language / language barriers, and more. But I feel immensely hopeful to see increasing instances of usufruct, share/trade groups, and the like. This may include:

• Gleaning produce that’s beyond what a particular landowner can or wants to use—ranging from official gleaning networks to informal networks (where the landowner might put out a call for anyone who wants, say apples, to come pick what they want); and

While these are just a few examples of re-imagined community, all of these examples encourage less waste, reduced single-ownership of a given resource, and more opportunity to build community with our neighbors—who will be our best short-term resource when a disaster happens, whether that disaster happens to our community (i.e. a fire, hurricane, or earthquake) or impacts our community due to issues such as supply chain disruption or dense smoke from a distant wildfire.

Re-imagined community also paves the way for us to unite for the changes we want to see in a community—whether that’s restricting a natural resource export through our town or city, calls for increased urban in-fill, protecting green spaces, or righting environmental injustice.

Grasses—both off and onshore—offer significant habitat and carbon sequestration. Let’s begin with offshore “grasses.” Seagrass, while not a “true” grass (it’s more closely related to a lily), offers significant habitat for marine life, wave attenuation, and acts as a carbon sink as well. Seagrass restoration efforts can support rapid recovery of ecosystems as well as support economic recovery, particularly in areas which rely heavily on fish or shellfish industries. In the West, eelgrass (Zostera marina) may help support recovery of salmon.

Onshore grasslands (such as prairies) offer many ecological services, including erosion control, soil and water quality improvements, habitat, and carbon sequestration. Programs such as the Conservation Reserve Program (CRP), which is a voluntary program open to agriculturalists to help them use environmentally sensitive land (i.e. the area near a stream corridor) to plant resource-conserving plants, such as native grasses, offers one avenue toward grassland restoration. There are also numerous efforts to restore tall, mixed, and shortgrass prairies around the United States—which are led by municipalities, private businesses, nonprofits, multi-agency coalitions, and even individual land owners!

Grassland restoration may incorporate a variety of tools, ranging from native seeding (and removal of invasive species) to controlled burns to integrated pest management—and more! Native grasslands offer the added benefit of requiring less water than typical bluegrass lawns, which can help reduce pressure on water resources—which is particularly important in the western US.

These are only a few of the activities and ideas that are offering me hope in the face of climate crisis. Engaging in restoration activities, reducing consumption, applying pressure to decision-makers of corporations and governments, changing your habits (and then modeling those changes for all your friends), are just a few of the ways you can work with others to help have a collective impact.