Book Review: The Invention of Nature 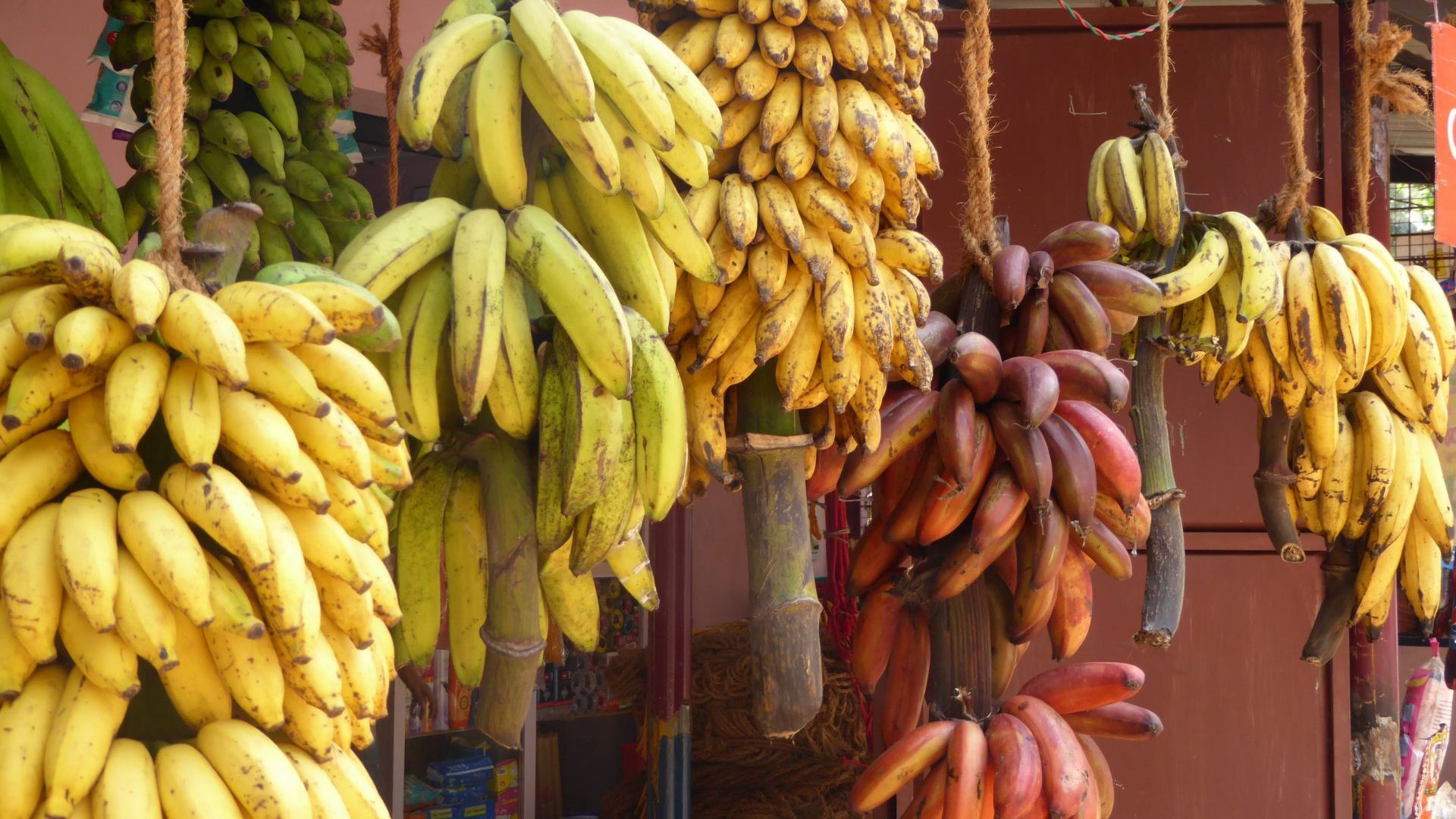 
At some point in the past few years (or decades) you’ve probably seen headlines forecasting banana shortages in the future. Quite a number of these headlines are alarming—using words like “disappearing” and “extinct” to refer to the future of the most ubiquitous banana.

While these headlines sound more like click-bait than anything else, the alarm they’re raising is real. The Cavendish banana is under threat.

The Cavendish banana is the standard yellow banana that you can find in any grocery retailer or convenience store—and in the minds of some people, in the United States at least, is the only banana (there are a bunch of other edible bananas, including relatively familiar ones like plantains and red bananas, that you can find at many grocery retailers). Unfortunately, the Cavendish banana—like all other edible bananas—has been largely farmed as a genetically identical monoculture—and like other crops farmed as monocultures, that puts it at risk from a changing climate, and from attack by pests or disease, in this case a soil-inhabiting fungus, Fusarium, aka banana wilt.

Unfortunately, this is essentially a case of history repeating itself.

The previous dominant version of the banana was called the Gros Michel (aka Big Mike), which was preferred for taste and because it was more durable for transport. But in the 1950s, it was nearly wiped out by a strain of banana wilt. Fairly quickly, the Cavendish was established as the new favorite because it showed resistance to banana wilt—and all seemed well.

However, a few decades ago, a new strain of banana wilt (Tropical Race 4, or TR4) appeared on banana farms. The fungus is easily spread by workers and farm equipment, and the Cavendish is susceptible to this strain.

TR4 was first identified in Malaysia, around 1990, and has since spread to southeast Asia, Australia, Africa, and Central and South America. It has the ability to wipe out entire plantations of bananas—and aside from attempts to genetically modify the Cavendish to withstand TR4, the other option is to diversify the banana market, at least if we want bananas to remain available to consumers. Since the banana and the plantain are the world’s most consumed fruit, we most definitely want bananas to remain available.

Market diversification sounds pretty straight-forward for those of us not involved in the banana farming and selling process. However, anyone who has worked in marketing, agriculture, retail grocery, or shipping knows that changing just one little thing (such as the type of banana grown) can take a major effort, ranging from the lag time to establish new banana plants to helping consumers adjust to a new product to determining how to ship and store product.

Perhaps most importantly, diversifying the market will require finding a banana that is, at least for now, resistance to banana wilt, or ideally, several types of bananas that are resistant to it—which might not be as easy as it sounds.

Per Dan Koeppel in Banana: The Fate of the Fruit that Changed the World (2008), Cavendish’s apparent resistance to banana wilt wasn’t actually about true resistance. It was only resistant to the particular strain that took out the Gros Michel. Which means that even if we can find a good set of substitute bananas, that future strains of Fusarium would probably eventually cause issues in those bananas as well—or perhaps they’d be hit by other diseases or pests, or suffer from rising sea levels.

The good news is that in some areas of the world, particularly in areas where bananas are grown, there is more banana diversity than you’d know by walking into any given grocery store in the United States or Europe. What makes this especially exciting is that the greater diversity already exists, which is a key step to market diversification. We just need to understand how these other varieties hold up to the challenges currently facing Cavendish and to create a consumer market that is more ready for greater diversity of bananas.

Added banana diversity would help keep markets steady even if banana wilt, or another factor, impacted a portion of the world’s banana supply. This is particularly important since bananas are farmed as clones—because wild bananas are generally small and densely packed with inedible seeds. Edible bananas cannot reproduce on their own because they’ve been so highly cultivated. Luckily for us, there are more than a thousand species of banana, which provides us with a lot of genetic material to work from.

This potential genetic pool is important. There is increasing indication that genetic modification may be one of the solutions that is eventually touted as a solution to saving bananas, particularly the Cavendish and the Gros Michel (which still exists, but is harder to come by). This research is already happening, with the goal of identifying bananas that are more resistant to T4 and Race 1—the Fusarium which knocked out the Gros Michel.

In addition to these efforts to protect bananas, additional biodiversity efforts are afoot, including ones that call for greater overall biodiversity on banana plantations, rather than just greater diversity of bananas. This could help encourage farmers to create more diverse ecosystems on banana plantations through incentivizing payments for ecosystem services, which could help increase the resilience of these agricultural areas against climate change, disease, and other threats. Whether or not this would specifically help bananas thrive is not something I turned up in my research for this blog—but it wouldn’t hurt, particularly in light of the multiple other threats facing bananas beyond banana wilt.

From our perspective, as ecological restoration practitioners, the focus on added overall biodiversity in agriculture is an especially interesting one. In the case of bananas, like other monocultures, forests have been leveled to meet the global demand. Encouraging banana plantations and other agricultural lands to offer more structural diversity, by planting a variety of species, or allowing other species to come in (or even exist on the fringes) could mean improved habitat connectivity, water quality and retention, resistance to pests or extreme weather, and more.

Overall, there are a lot of reasons to be hopeful about the future of the banana. There are changes afoot and people who are actively looking for solutions to help us keep bananas (of some variety) in grocery stores. But there are also important lessons to be learned from this—because bananas are far from the only food typically grown as monocultures. Coffee, wheat, citrus, corn, and other crops are also often grown as monocultures, which can negatively impact pollinator species, reduce overall biodiversity of other beneficial insects, and the species that eat those insects—which can mean more use of insecticides. Monocultures can also reduce water infiltration, decrease soil health, increase erosion, and more—all of which can make our agricultural lands more susceptible to other pressures (such as weeds, disease, severe weather and more).

Biodiverse plantings can help offset at least some of the impacts of monoculture farming practices, as can habitat restoration along the edges of agricultural lands or even within agricultural lands (such as the restoration of prairie potholes or rotating land through programs such as the Conservation Reserve Program, in the US). Great Ecology has worked with agriculturalists and on agricultural lands to help restore and protect valuable habitat—including on a working ranch! It will be exciting to see how (or if) banana growing changes to include more biodiversity.

I feel hopeful that as we continue to evolve our relationship between a globalized food economy and ecological restoration and protection efforts, that we will see more agricultural land utilized for more diverse crops (a practice sometimes called agroforestry) and even native species. This will help us build a more resilient future, particularly in the face of water shortages, extreme weather, pestilence, and other pressures on our food systems.

And, I hope, we see a more diversified set of bananas on the market soon.