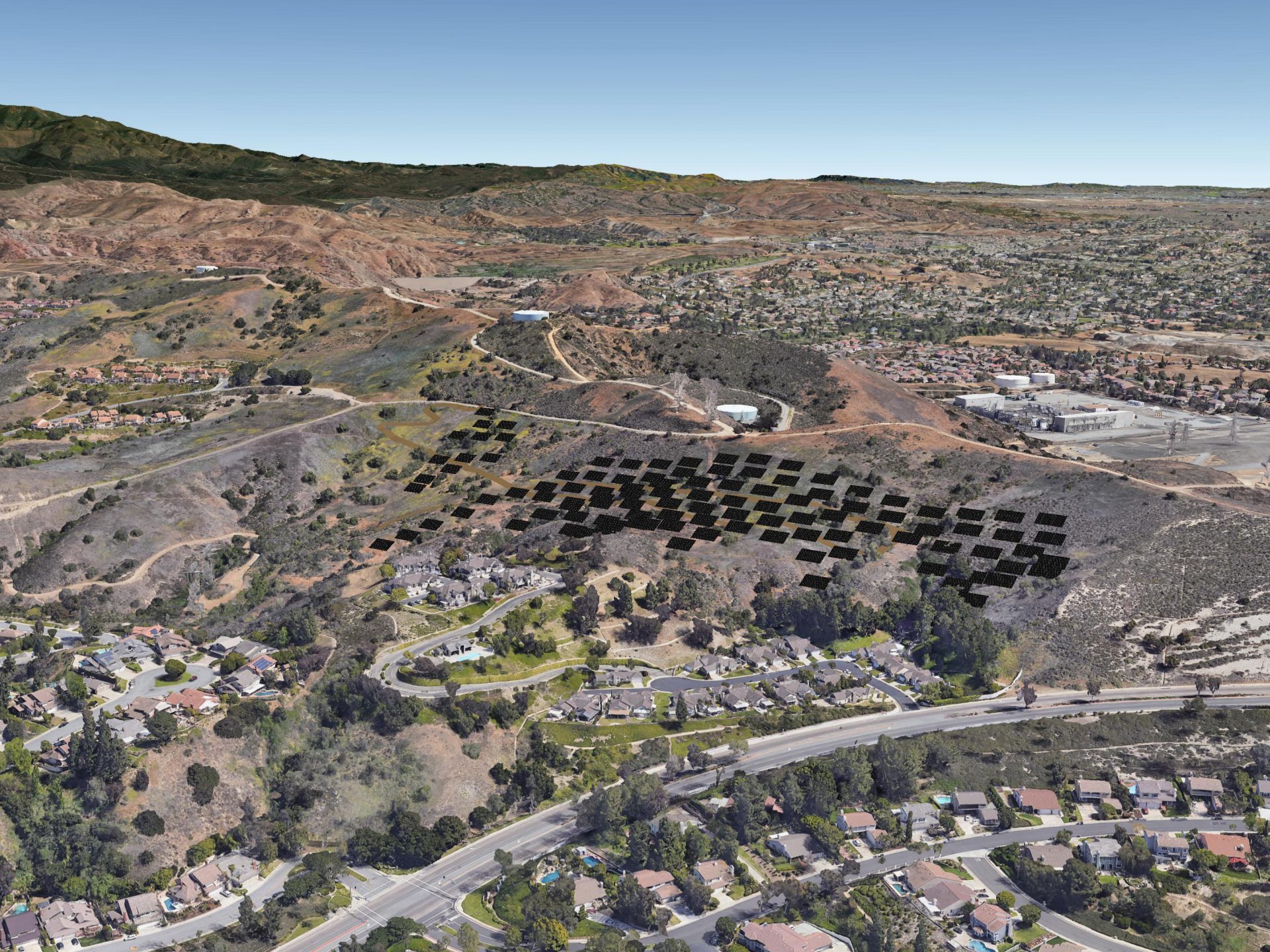 Great Ecology conducted a viewshed analysis (a.k.a. visual impact analysis) and coordinated technical studies for a confidential client in Southern California in support of an Initial Study for California Environmental Quality Act (CEQA). The site plan included the installation of commercial-scale solar panels with technical studies to inform the specific design and mitigation of the project. These studies included Air Quality and Greenhouse Gas Emissions, Biological Resources, Noise, Cultural Resources, and Traffic. Great Ecology acted as the main point of contact on the project with local government to facilitate an efficient permitting process.

One of the potential project obstacles this site developer faced is the “not in my backyard” or NIMBY opposition, whereby residents can oppose a project for fear of its visual impact on their scenic views. To convey the potential visual impact of this solar development, Great Ecology conducted a visual impact analysis to identify surrounding areas which have a line of sight to the project area and generated renderings showing the future views of those sites after solar installation. This analysis was submitted with the permit package and will be circulated to regional stakeholders to communicate the visual impact of the planned solar development. 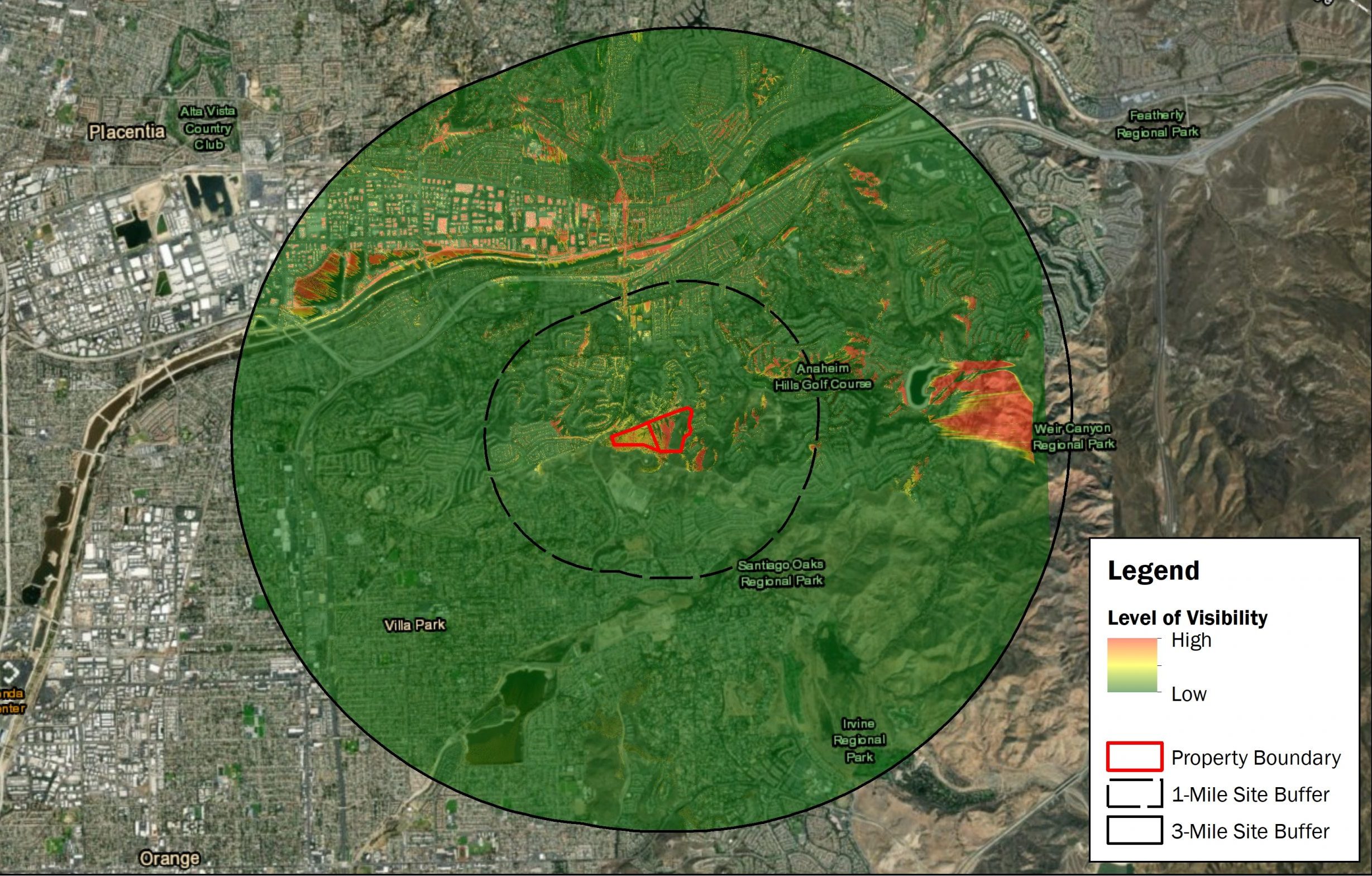 Step 1: Creation of a GIS Heatmap:

This heatmap shows the level of viewshed impact for communities within a 1 mile and 3 mile radius around the proposed development site. Not only does this heatmap indicate a significantly low viewshed impact on the local community, but it informed Great Ecology's field staff on the best locations to capture photos for use in site renderings. Utilizing photos from the communities most impacted (in red) and least impacted (in green) properly demonstrates the site's true impact on the local viewshed. 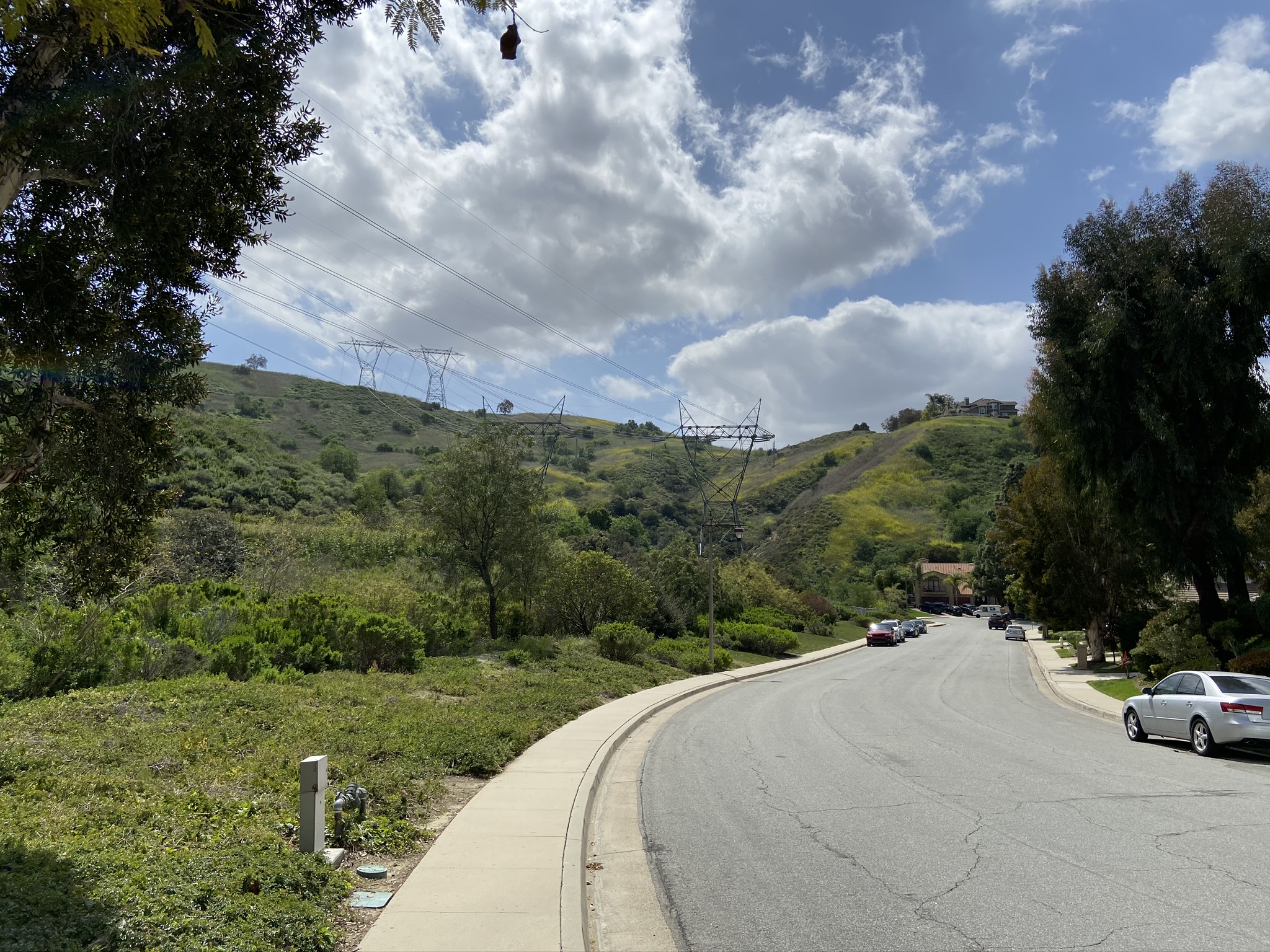 Great Ecology staff visited the site and surrounding communities within the 1 mile buffer to collect photos for rendering purposes. Although the GIS heatmap from step 1 showed a high-level of visibility for communities in the northern portion of the 3 mile buffer, the distance between the site and said communities made further action unnecessary. The visual impact of the site at a 2-3 mile distance would be near negligible due to the size of the solar installations and additional visual barriers, such as buildings and trees. 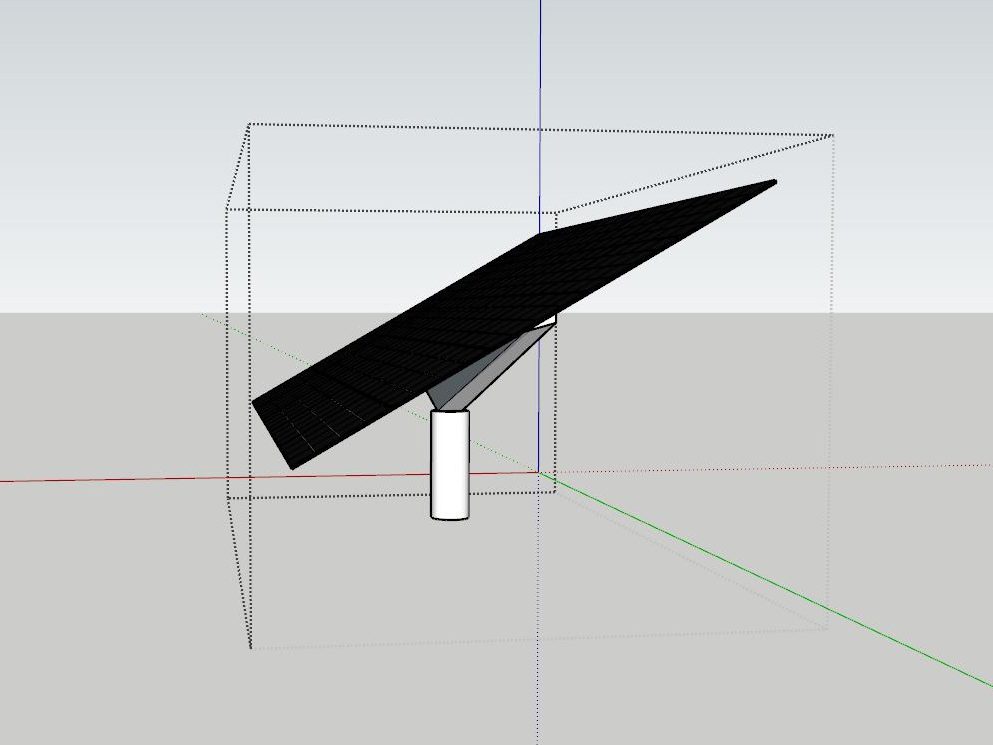 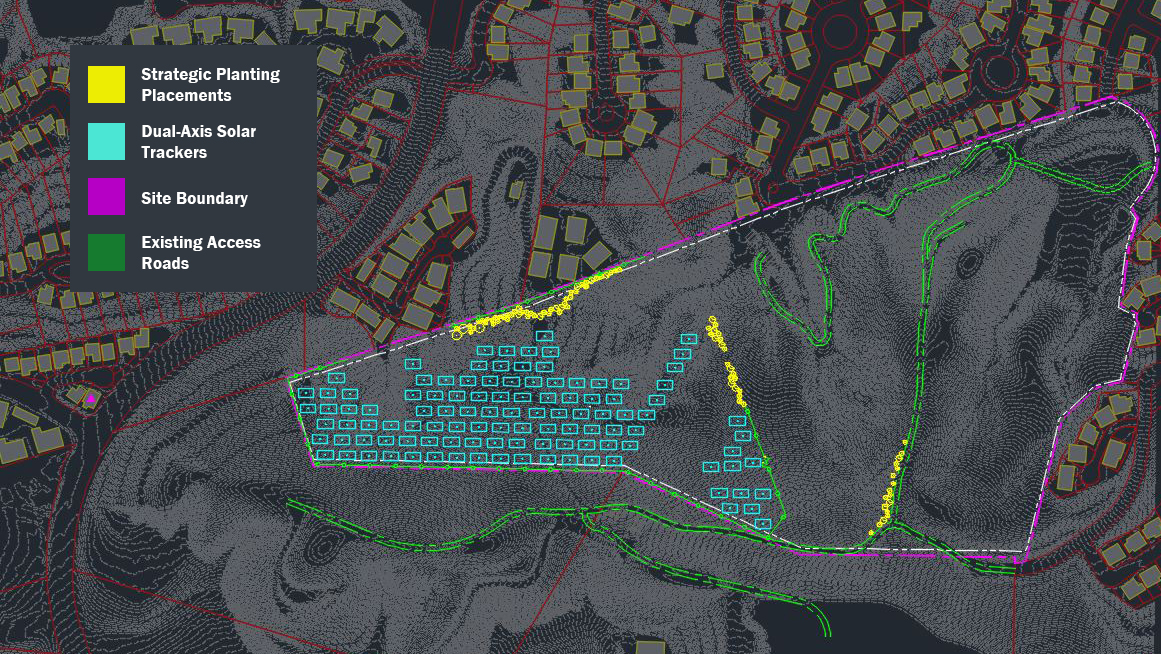 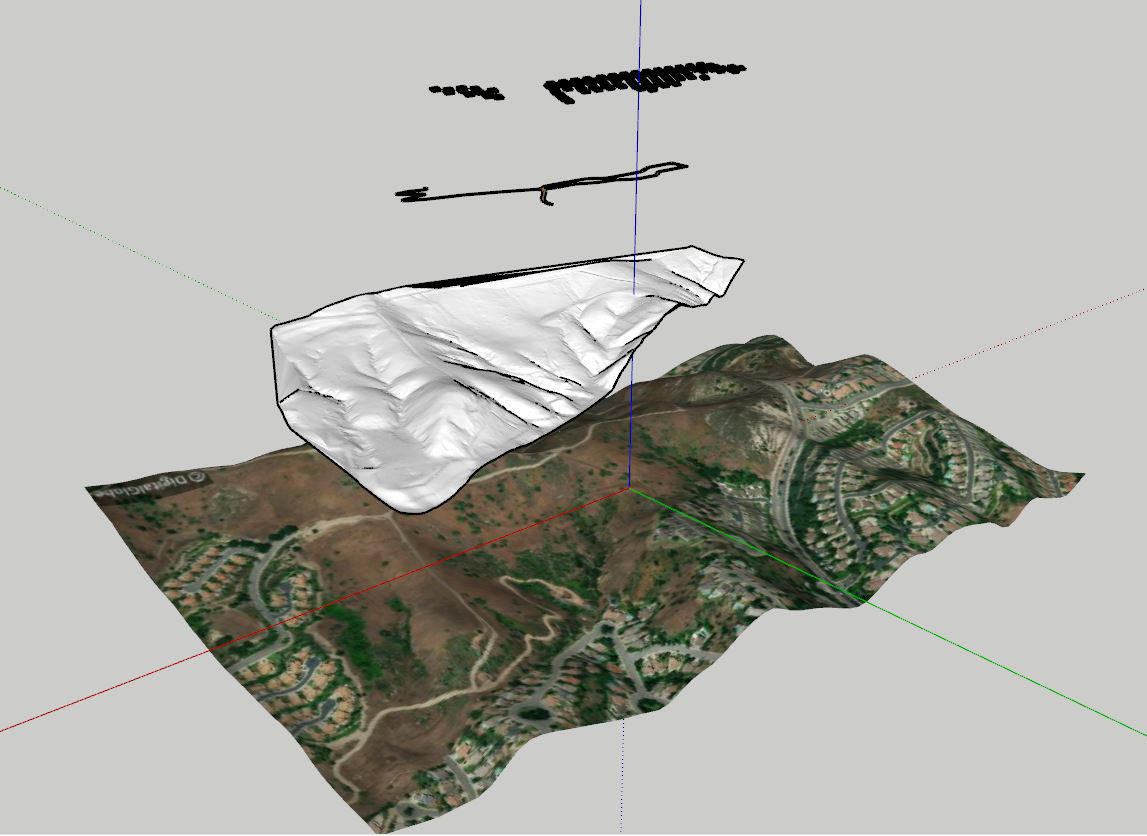 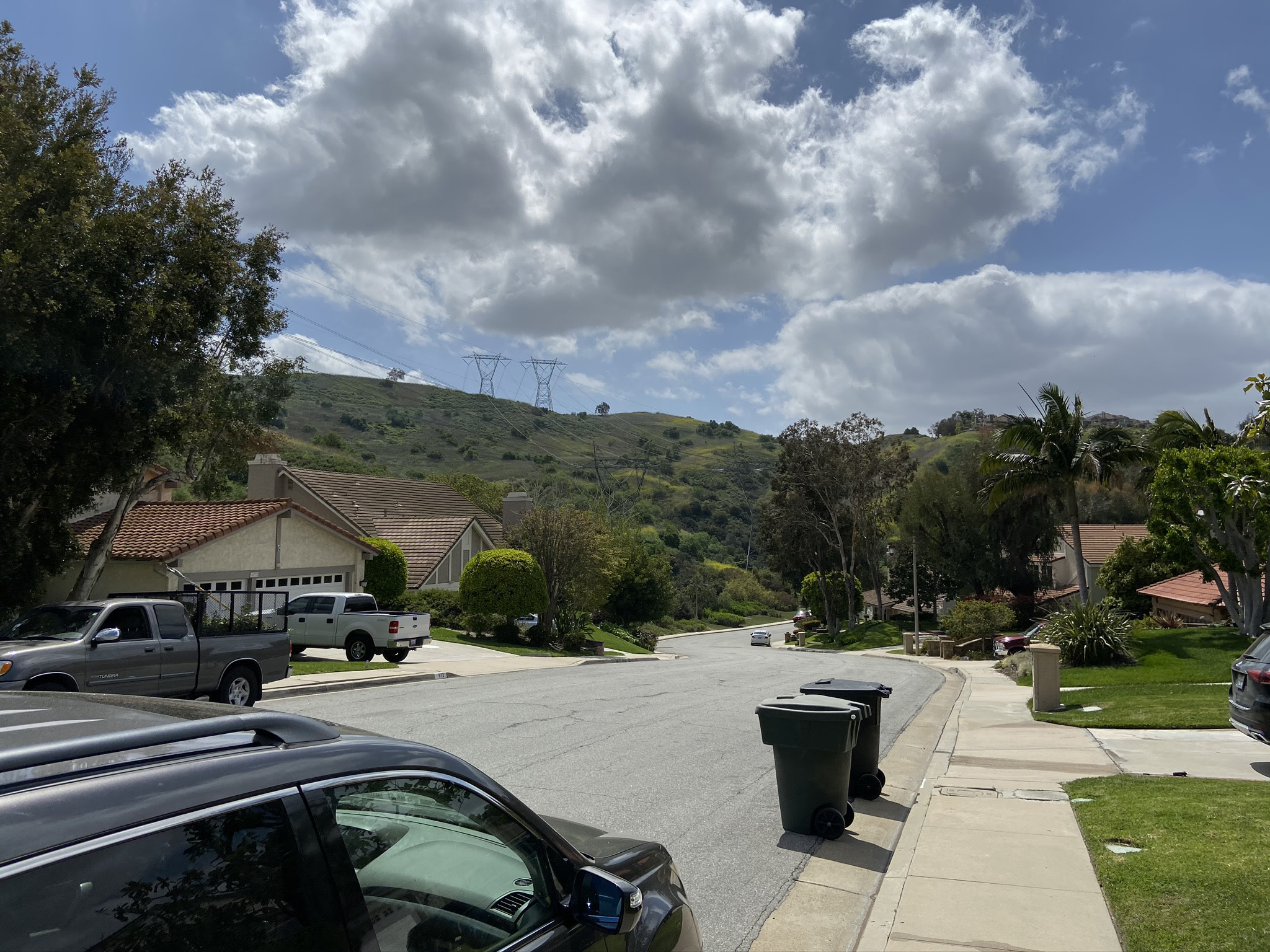 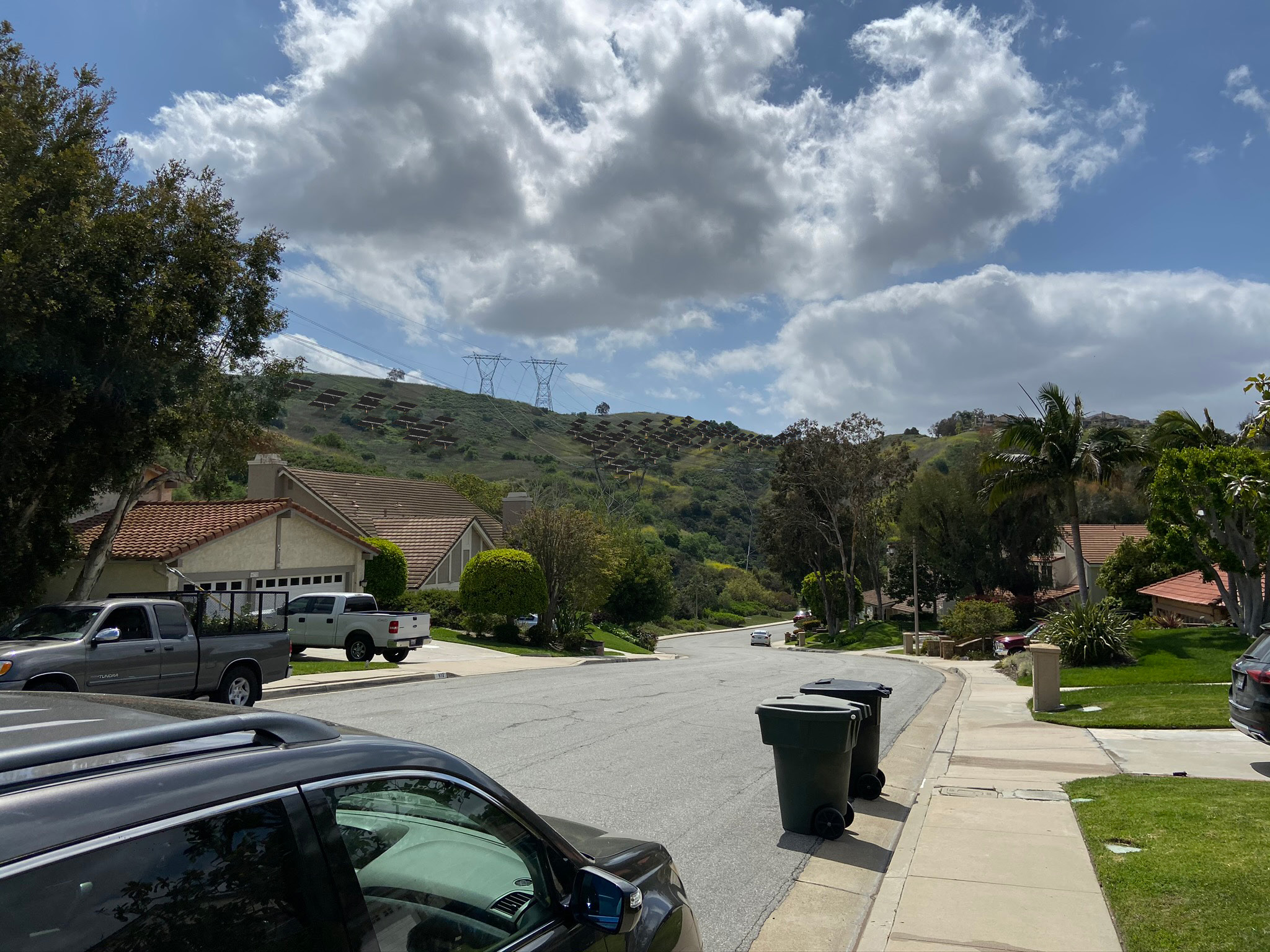 Using the same models generated for the aerial site rendering, Great Ecology can create accurate view renderings from site photos. Not only are these great visual tools for use in community outreach, but they also help to inform site design and mitigation efforts. For this project, the viewshed analysis identified exact planting locations and concluded that these would result in the solar project having a minimal visual impact for a large percentage of the surrounding communities.

Click and drag the slider on each image to view the site before/after. 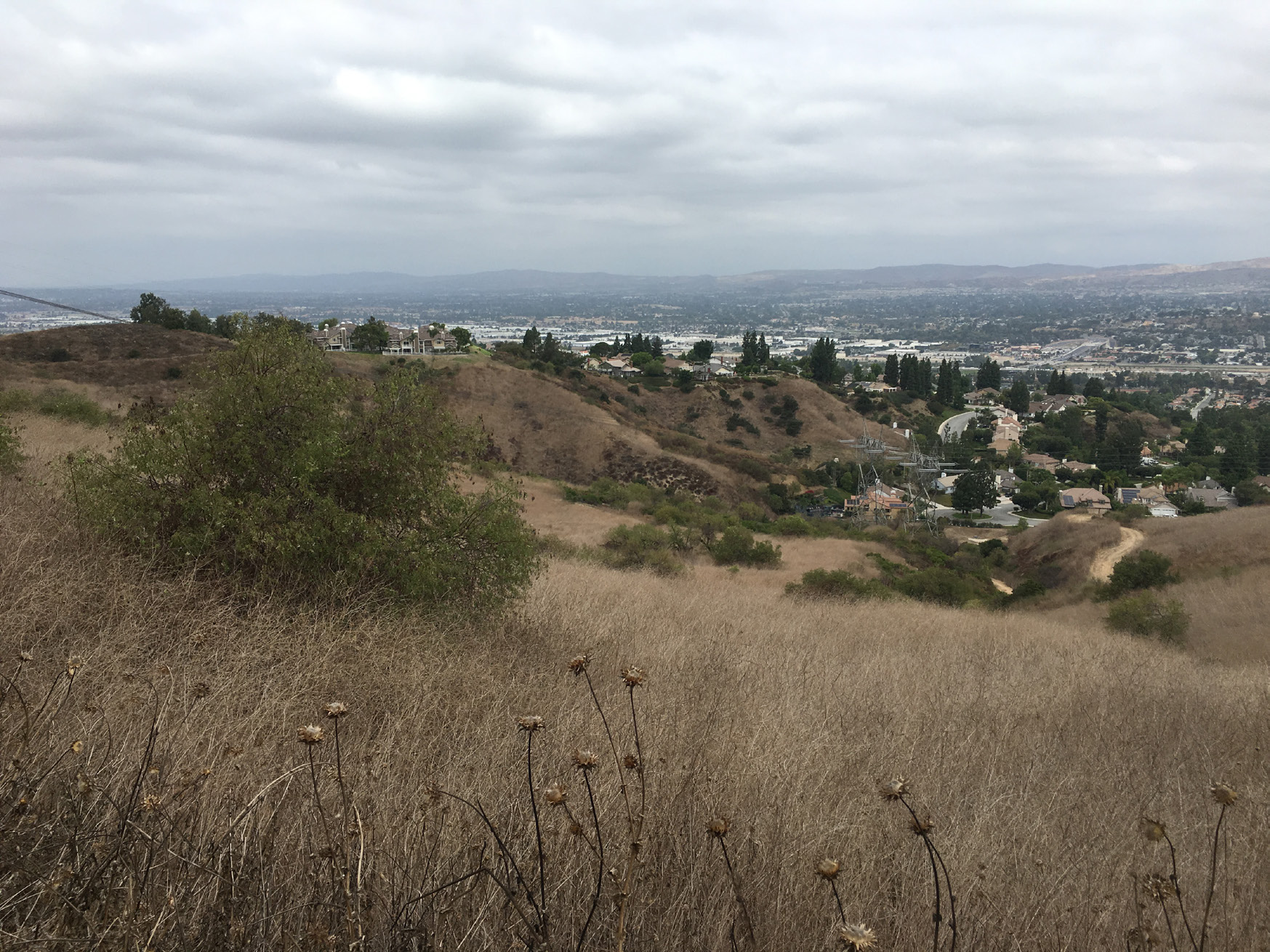 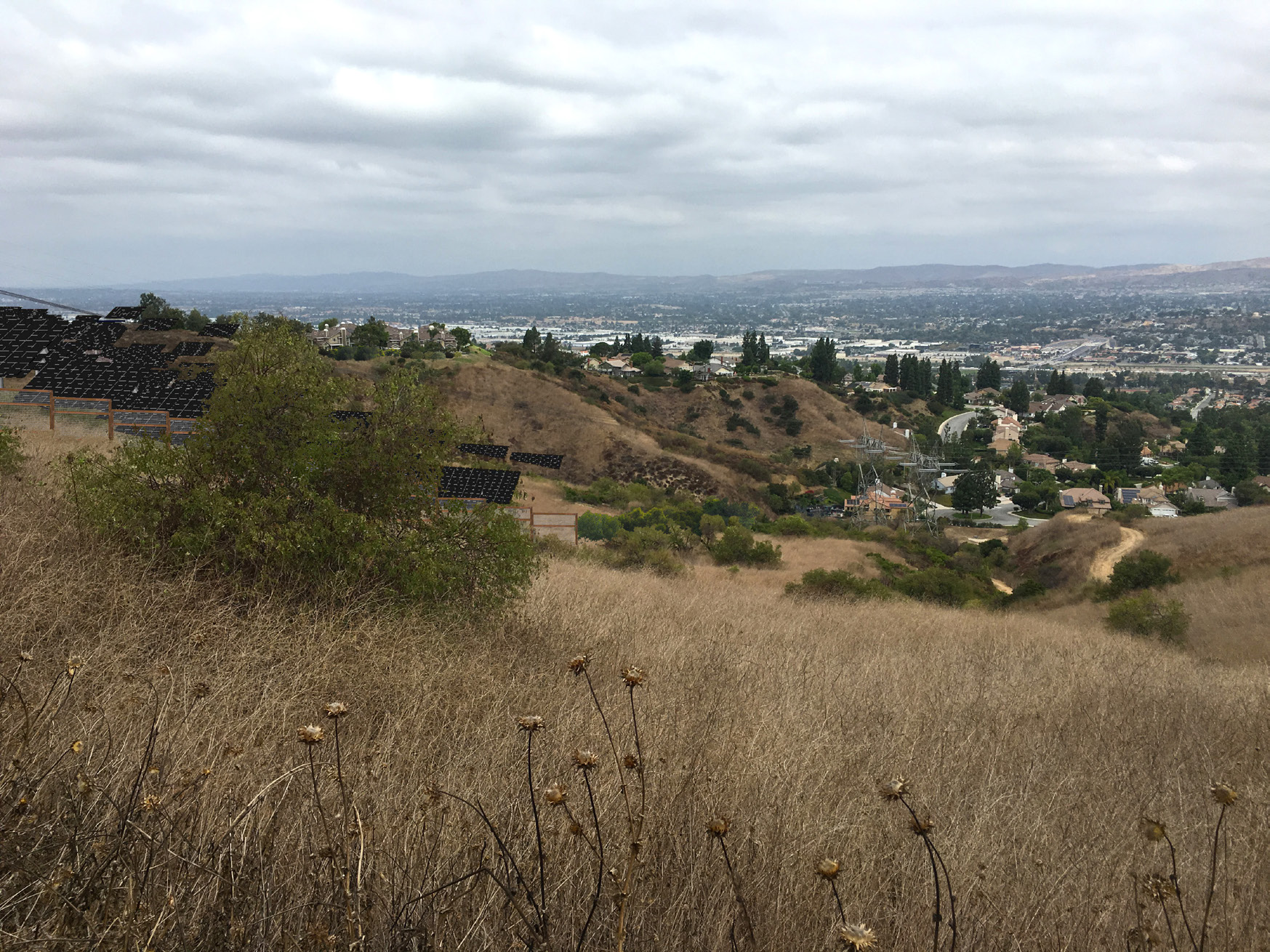 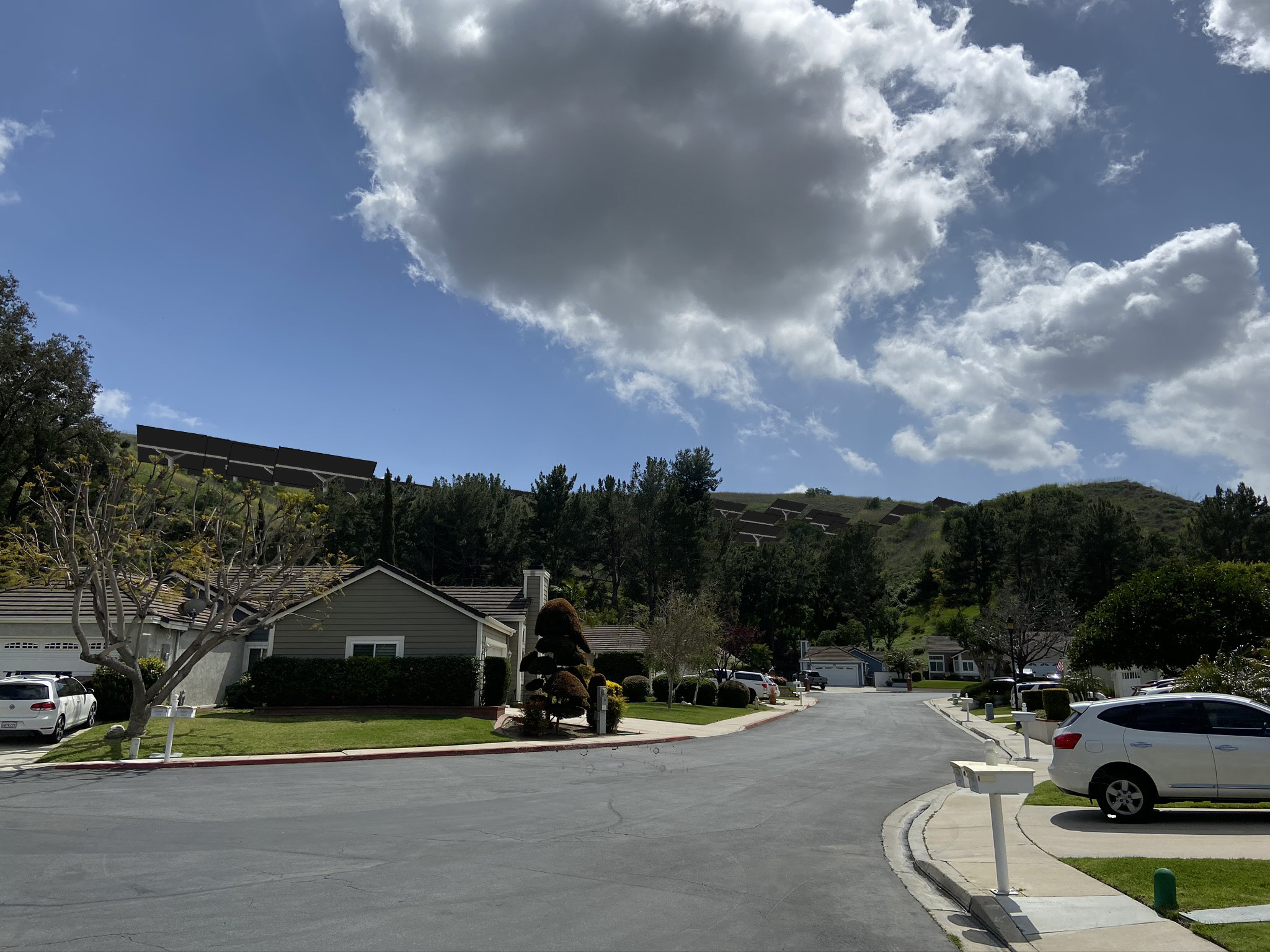 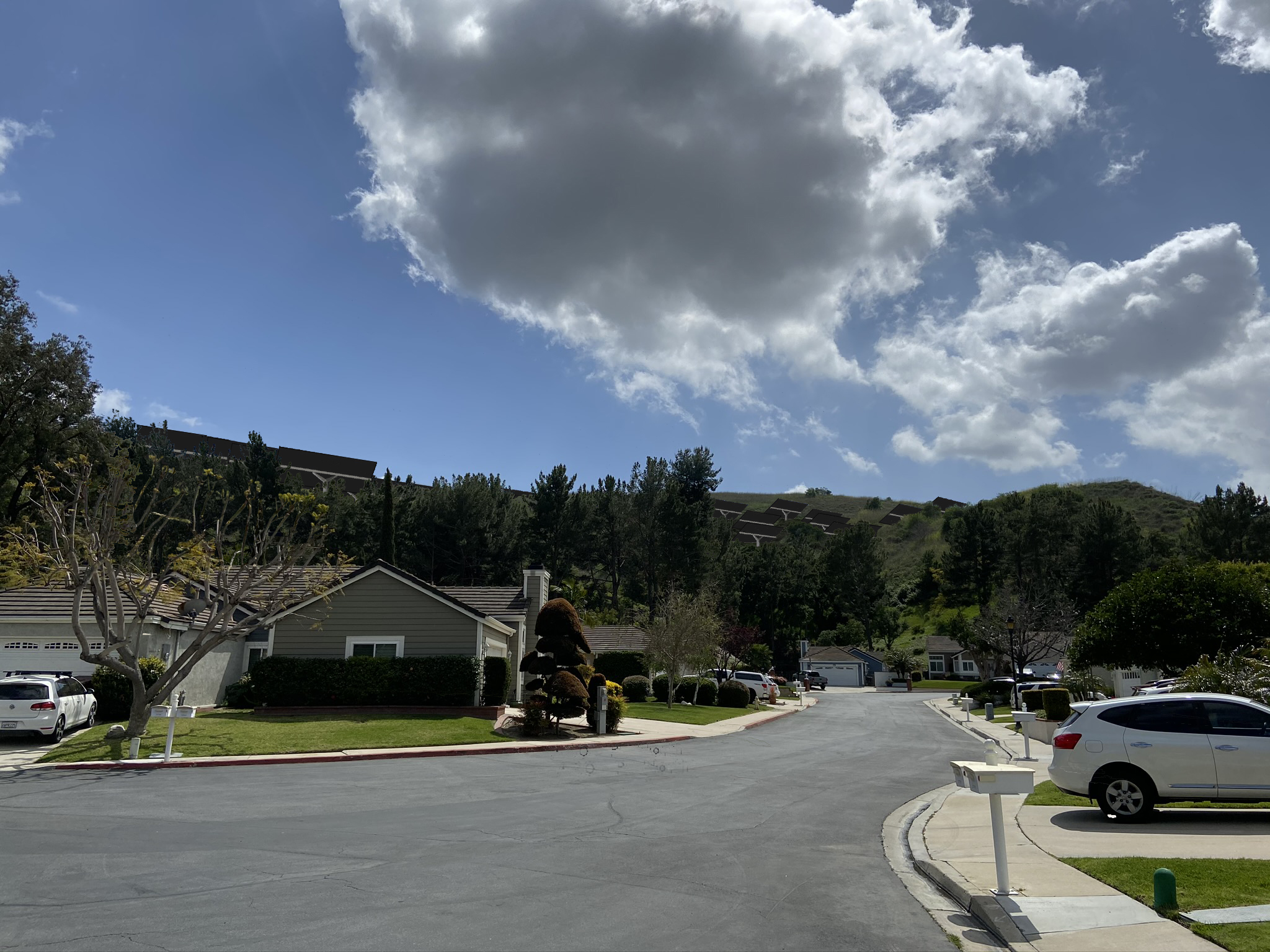 This Before/After shows the site with solar trackers before Great Ecology's strategically placed plantings and after. A great representation of how our visual impact analyses can improve site design.