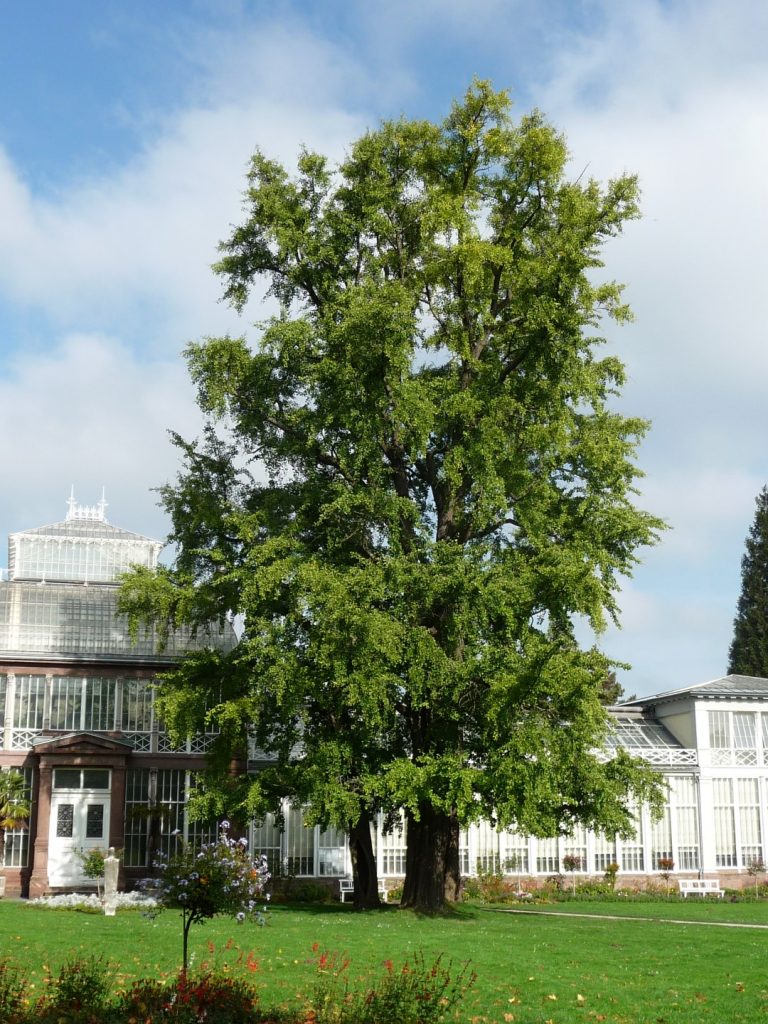 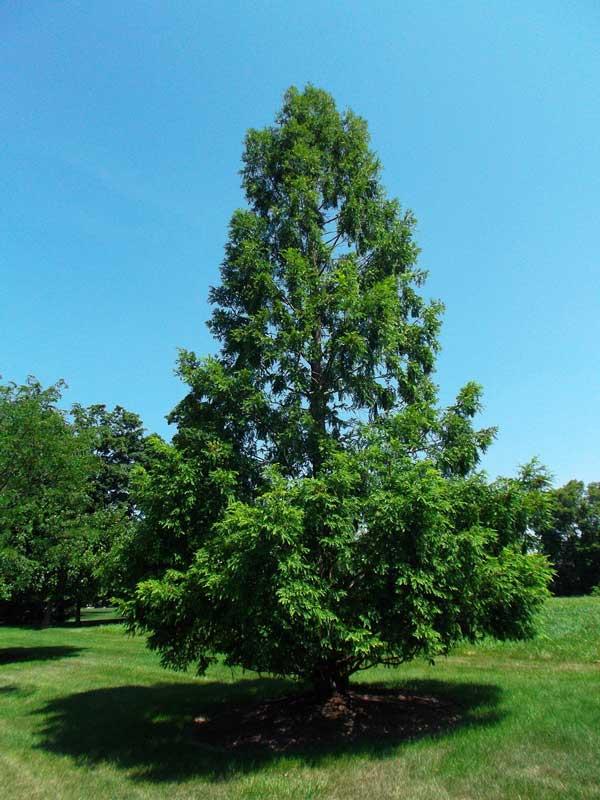 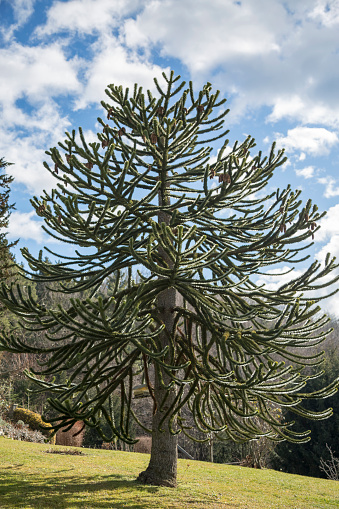 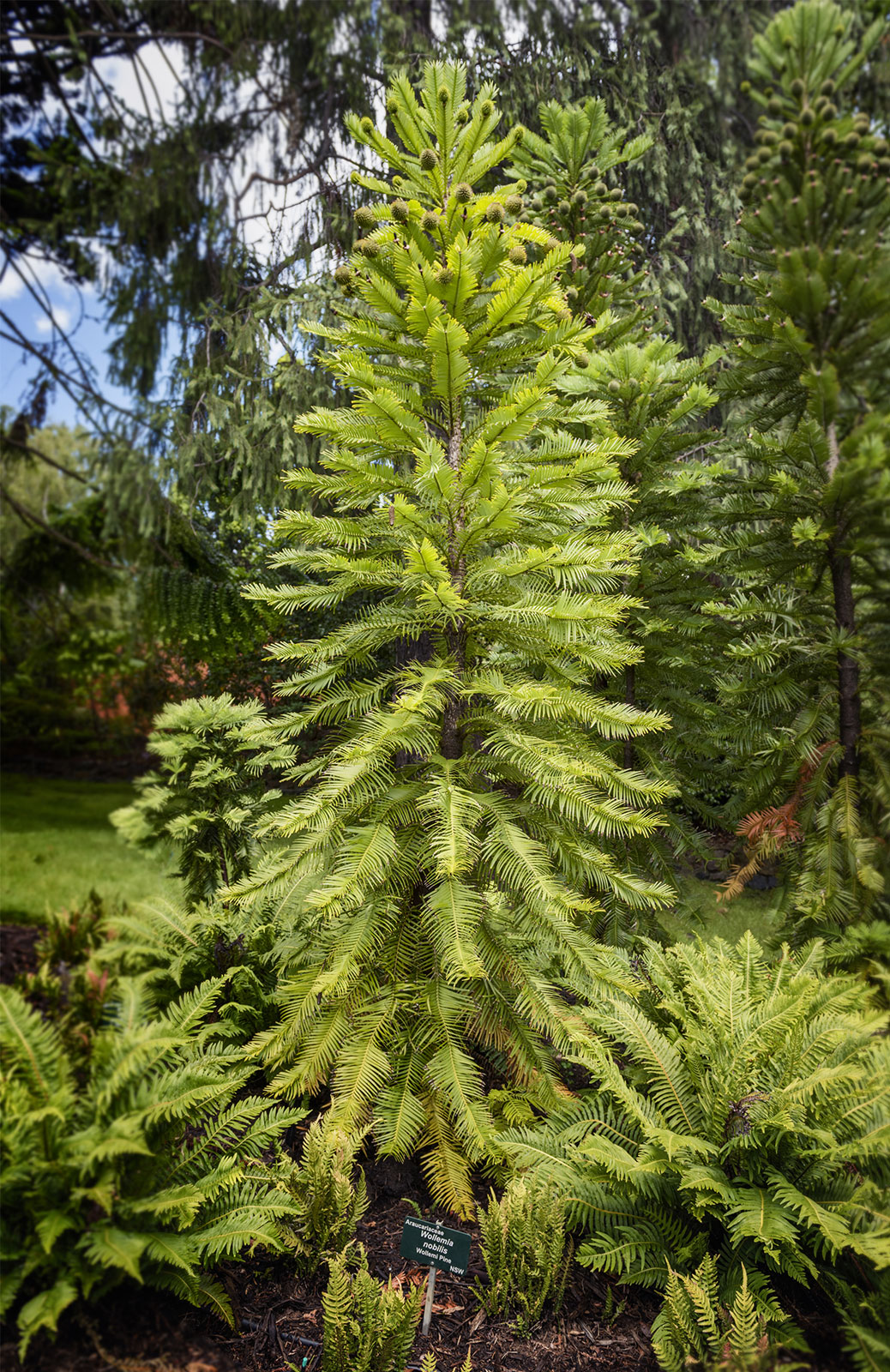 A Primer on Ancient Trees

Maybe you see trees around you when you walk or roll around town as individuals—or maybe you don’t. Many of us don’t really see trees (or other plants) unless two things are true:

1) There’s something distinctive about them (i.e. beautiful flowers, an unusual shape or pattern, blooms at an usual time of year in our hemisphere); and

This is, in part, because of how we teach ourselves and each other about the world and in part because our highly visual brains focus on movement, notable colors, patterns, known objects (which is part of why learning about a plant makes it more likely for you to see), and danger. So let’s talk about a few cool—and ancient—trees you might see ornamentally planted almost no matter where you live, if you live in the United States (some of these may occur naturally if you live in other parts of the world).

While Ginkgo biloba is the species we see today, ginkgo fossils of various species were found in Permian age rocks, estimated to be 280 million years old—and at one point, these trees were widespread and abundant, including in North America. Ginkgo trees produce a distinctive fan-shaped, two-lobed leaf—and if you’re around female trees as they shed their leaves and berries, they emit a foul smell that’s often described as smelling like vomit. That being said, the ginkgo fruit can also be eaten.

Ginkgos are hardy—which makes them a popular street tree. They can survive drought, being root-bound, air pollution, pet waste, and salted roads (in areas that do that during winter). They also grow incredibly slowly—especially in their early years or when growing conditions are less than favorable—but can live an incredibly long time. The oldest known living ginkgo is more than 1,400 years old. If you want to learn more about the ginkgo, you might consider reading Peter Crane’s Ginkgo. To get a sense of whether this book is for you (I haven’t read it), check out this interview with him.

If you’re like a lot of folks, you probably hear redwood and you think of the coast redwood (Sequoia sempervirens), which only grows along a narrow strip of land near the Pacific Coast of North America—and are the stars of Redwood National Park, or of the giant sequoia (Sequoiadendron giganteum). However, unlike these two cousins, the dawn redwood sheds its leaves every year. Dawn redwoods used to be one of the most wide-spread trees in the northern hemisphere, although now their native range is more limited. This relatively fast-growing conifer produces small cones that shield seeds and it only typically grows to about 60 feet, although in good conditions can grow much taller.

So, for transparency, this tree is the reason I wanted to write this blog. Where I live, monkey puzzle trees are a pretty common ornamental species—and they look exceptionally distinctive. They an evergreen conifer native to Chile, with branches that splay and rigid, triangular needles that surround the limbs in a spiral shape. The trunk is even scaly—which would make it quite challenging to climb. It produces very large cones that would hurt if they dropped on you and is used for lumber. It’s another slow-growing tree (although how slow depends on what source you look at, indicating that like other plants, growing conditions can play a large role in growth rate).

If you want to learn more, from two engaging podcast hosts, about the monkey puzzle tree, check out the first episode of Season 2 of Completely Arbortrary.

This “living fossil” wasn’t found until 1994, when a park ranger in Australia found a small, usual tree in a remote canyon in New South Wales, which had leaves that matched fossils dating back 120 million years—and fossilized pollen grains dating back to the Jurassic period (approximately 200-145 million years ago). Only about 100 adult Wollemi pines remain in the wild—and there are extensive efforts to shepherd its survival.

Despite its name, the Wollemi pine isn’t actually a pine at all. Instead it’s in the same family as the monkey puzzle tree. It’s an evergreen tree with distinctive, dark brown, knobbly bark and most specimens are multi-trunked or appear as clumps of trees believed to have grown from old coppice growth. (If you’re unfamiliar with the term, coppicing refers to a type of woodland management where trees are periodically cut and left to regrow from the cut stumps, which often produces multiple stems. Coppicing can be human-derived or occur naturally.) Wollemi pines are generally slow-growing and as part of the effort to preserve them, potted Wollemi pines have been promoted as Christmas trees in Australia.