360 view of the West Pond levee and coastline BEFORE restoration efforts.

Great Ecology provided ecological guidance on the design and engineering of a living shoreline project at the Jamaica Bay Wildlife Refuge to restore and protect a stretch of eroding levee along the southern portion of West Pond and is also leading the regulatory approval process.

West Pond and its neighboring impoundment East Pond are one of the few remaining sources of fresh water within Jamaica Bay due to historic conversion of freshwater marshes to urban development over the last two centuries. As such, both West Pond and East Pond are both extremely important sources of freshwater for birds that migrate along the Atlantic Flyway and use the Jamaica Bay Wildlife Refuge as stopover habitat. Furthermore, both West Pond and East Pond contain water control structures that are used to manage water levels to support migrating birds, by lowering water elevation to expose mudflats during the Fall and Spring bird migration—the invertebrates living within these mudflats serve as important sources of food for migrating birds.

The team developed a comprehensive, sustainable living shoreline design that restores almost 15 acres/2,600 linear feet of coastal salt marsh habitat by placing clean sand along the edge of the eroding levee. The proposed design supports the resiliency of wetlands, shorelines, and other sensitive habitat areas. Restoring and establishing coastal saltmarshes in a highly dynamic system such as Jamaica Bay has proved challenging in the past given the strong erosional forces that exist within this region from wind and wave action. To solve this issue, the project team proposed a pilot series of integrated and overlapping erosional control structures coir logs, shell-bag breakwaters, and tree vanes) that are designed to protect the new marsh from wind and waves and allow the newly planted vegetation to take root. It’s our hope that the monitoring proposed as part of this project will generate “lessons learned” that can be shared with restoration practitioners throughout Jamaica Bay and the New York City coastal region. 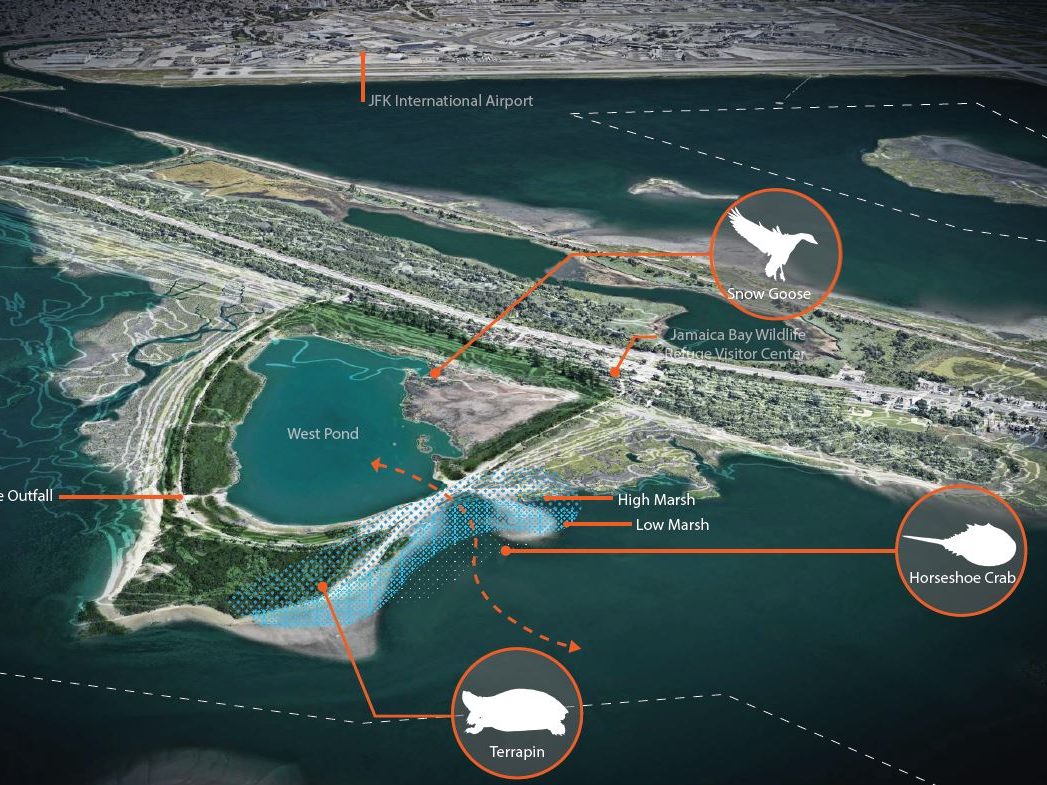 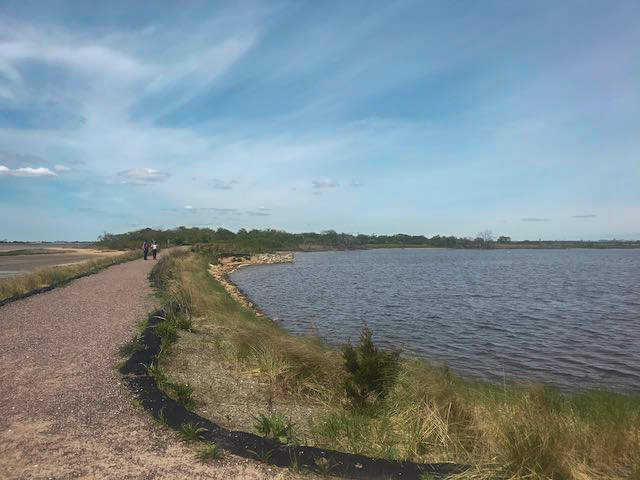 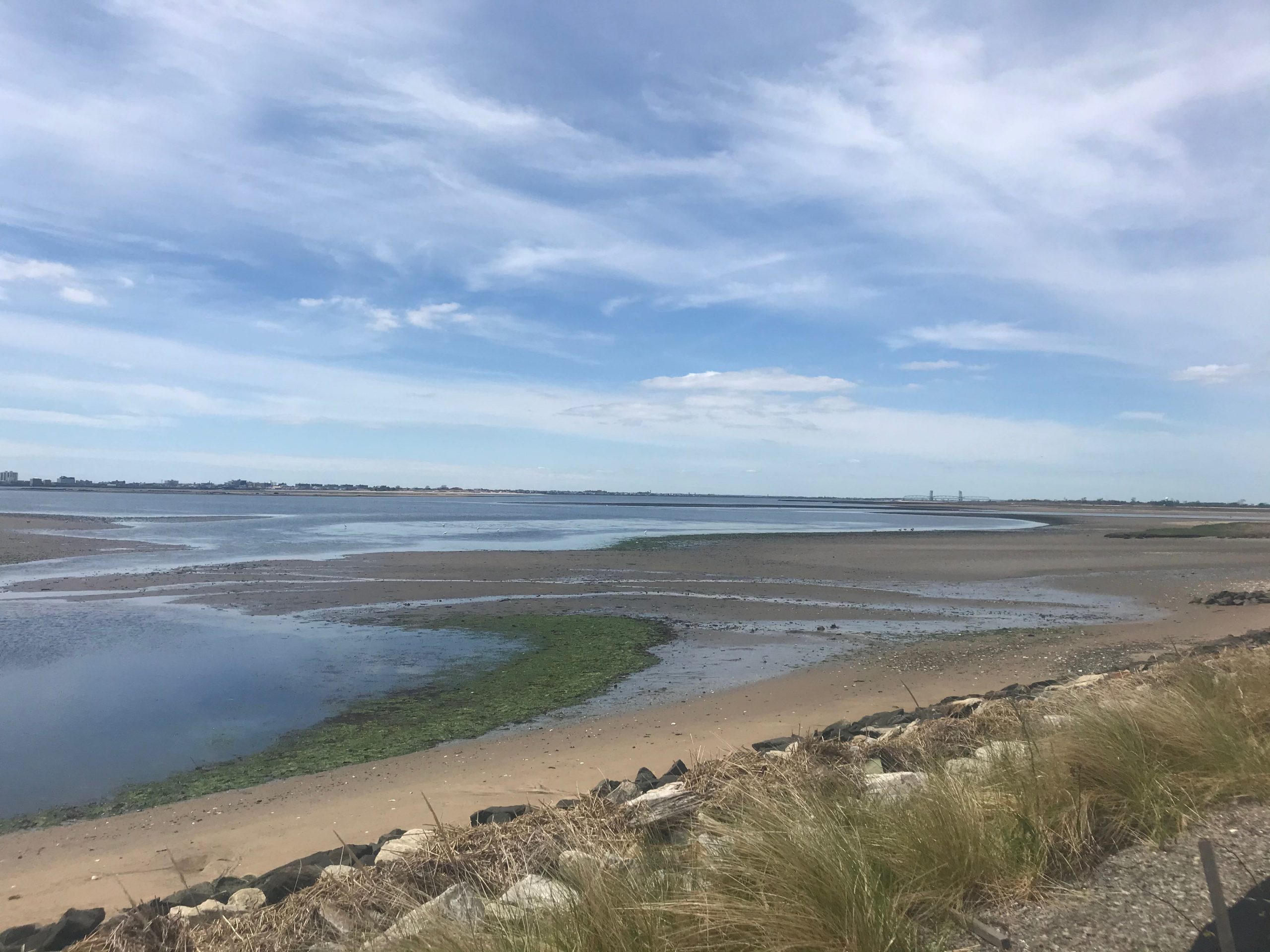 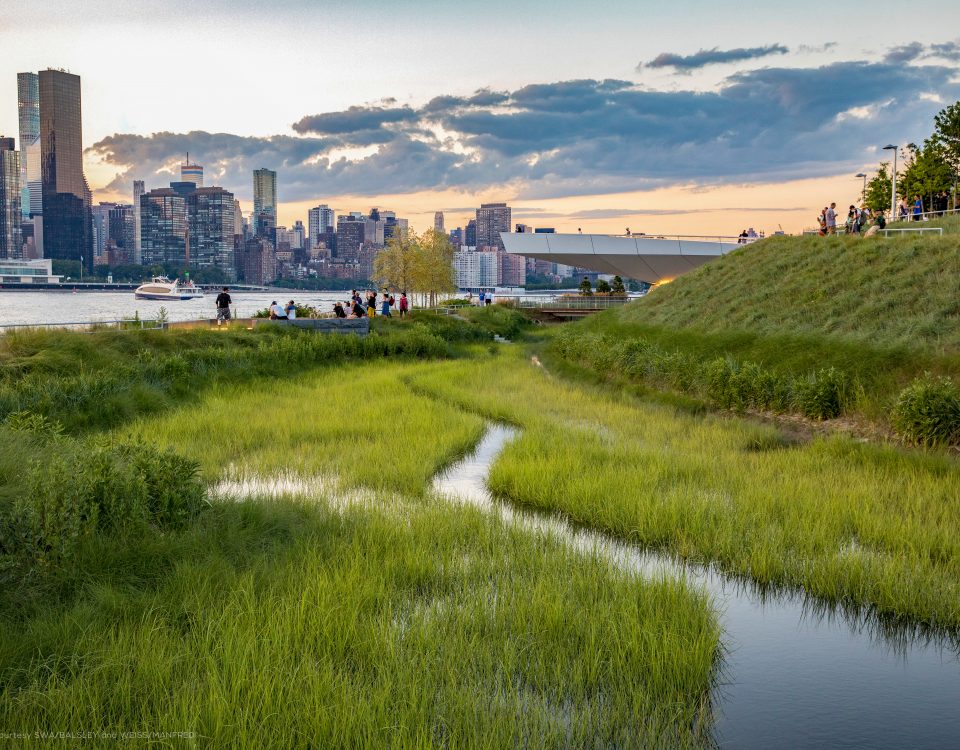 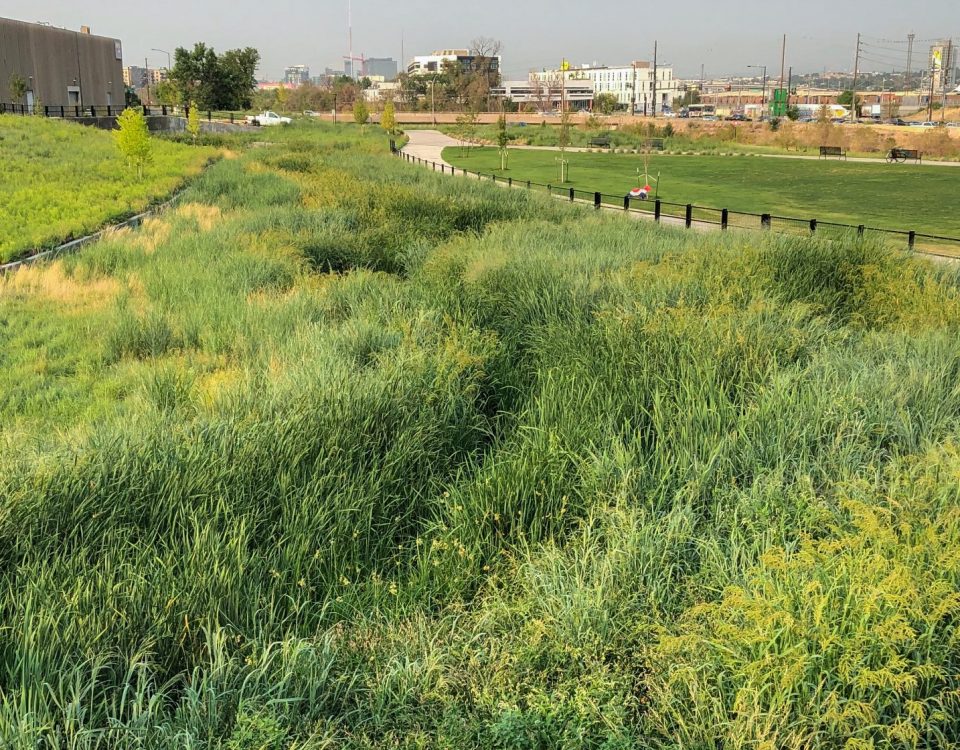